Resources from the Truth Before Reconciliation Campaign 2020
by
Russ Diabo 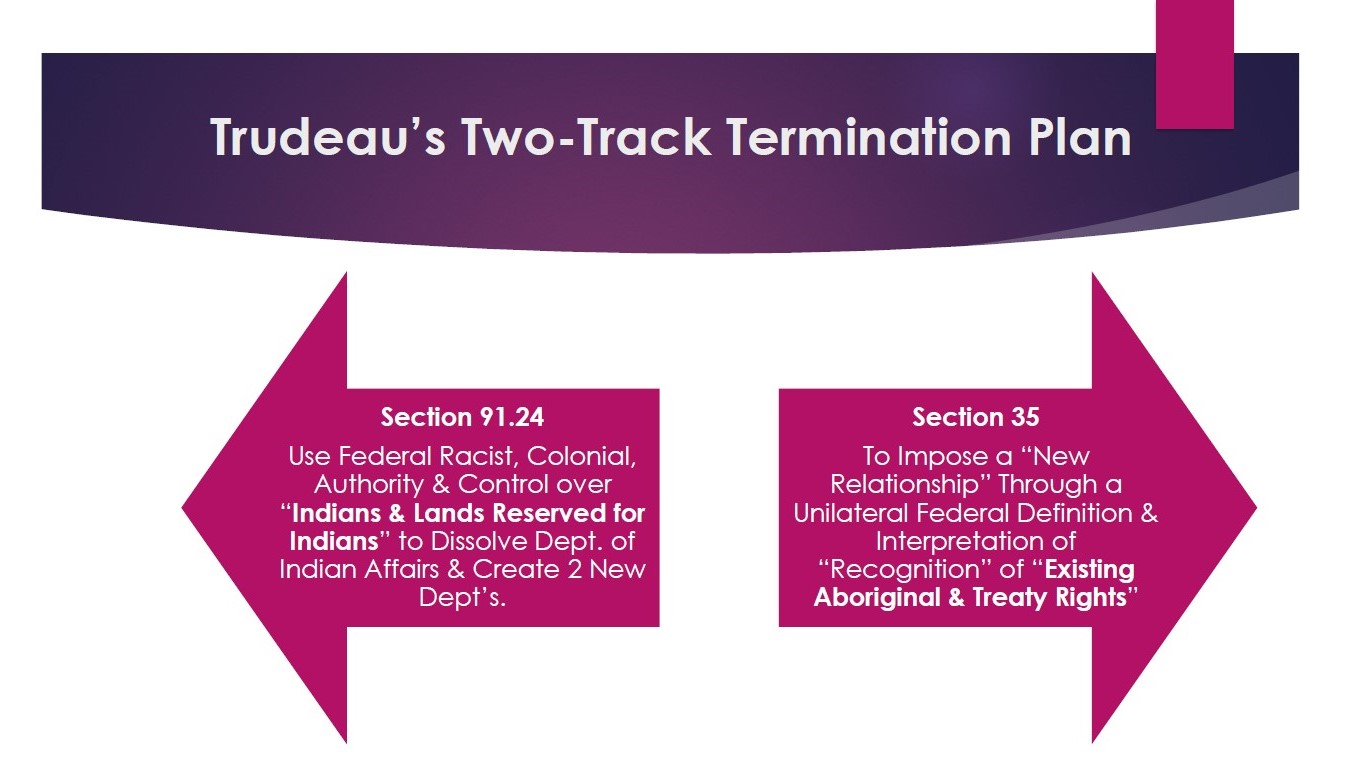 TRACK TWO: Longer-term agreements and other federal laws to convert Indian Act Bands into what the current Trudeau government calls 4th Level “Indigenous governments”. Lower in status than the federal, provincial and municipal governments, as Crown-Indigenous Relations Minister, Carolyn Bennett, puts it: “This work is part of the unfinished business of Confederation”.

Two documents are attached. One is a chronology of the Trudeau government's termination plan. The other shows Trudeau's Two-Track Termination Plan.

For more information on the TRUTH BEFORE RECONCILIATION CAMPAIGN, visit my webpage: https://www.russdiabo.com/