Why I'm Not Celebrating
by
Daniel Johnson
This post has not been approved by Media Co-op editors! 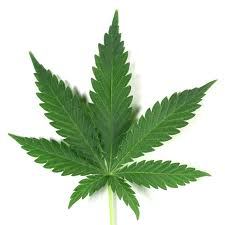 So, Cannabis is legal in Canada. I should be ecstatic. After all, as a long time legalization activist, director of NORML Saskatchewan from 2007-2013, and event organizer and internet rep for that organization since 1997, this is what I spent much of my adult life fighting for. The National Organization For The Reform Of Marijuana Laws came to my attention as a teenager, via death metal band Cannibal Corpse, who listed the organization's address in their liner notes.

That was in 1992, I didn't even smoke weed but my parents did, and they also grew it and sold it, and I grew up in fear of police and social workers as a result. When I wrote to NORML, their response said not to smoke it until I was 18, and oddly enough I didn't. I wore a pot leaf necklace, handed out legalization pamphlets, put up posters for early attempts at pot rallies, and generally promoted cannabis within the frame-work of a movement that trained me as an activist.

Locally, Regina's legalization scene was backed by Pat Baumer at Vintage Vinyl, a record store that staeted selling hemp products and disteibuting pro-legalization books.  In Saskatoon there was Sheila Steele, who later started the injusticebusters site (long gone now)., and Ernie Rogalski helped behind the scenes until he started NORML Saskatchewan in 1997.

NORML Canada was run by Umberto Iorfida,, while Marc Emery got involved shortly before, mostly as part of his fight against censorship made famous by his criminal obscenity trial over selling 2Live Crew albums, long before starting Cannabis Canada magazine, which later became Cannabis Culture.

That's the wierd part, I wasn't smoking or selling cannabis, but I was still doing something illegal because Canada's paraphenalia laws banned legalization literature. Iorfida was on trial, Marc Emery helped fundraise for his legal fees and I was a kid learning about the political system from some really cool people.

Media outlets pretended the legalization movement didn't exist unless it was to ridicule, on the rare occasion they did a real interview with a legalization activist they would have a cop or other professional anti-legalization person dominate the story and the activist would get arrested almost immediately after.

But despite these conditions, polls showed majority support for legalization. We were up against an opponent that controlled media narrarives, promoted it's message in public schools and had millions in tax-payer funding for continuing propaganda campaigns, our cause was illegal to promote, but we still had majority public support. That was in the 90s, majority support means nothing in ournpolitical system because of something called 'civil society', a doctrine dominating United Nations decision making processes, including the infamous UN single convention on narcotics,  in which democracy must be protected from 'populism' by only allowing middle and upper caste professional interests to have a voice in public discussions.

Since the professional caste, especially police, social workers, doctors, 'addictions specialists' etc. made much of their living from enforcing laws against cannabis, it didn't matter what the majority wanted.

That's why it took that long, and that's why it's being done in a way that guarantees it will do more harm than good, and, the words of the Canadian Civil Liberties Association, is essentially re-criminalizing cannabis and will result in more arrests for cannabis offenses than before 'legalization'.

That's why police stepped up aggressive enforcement of the outgoing cannabis laws in the lead up to legalization.

Instead of legalizing immediately after being elected, and legitimizing an already booming cottage industry, which would have been an economic boon for inner cities, Trudeau's Liberals dragged their heels while launching an aggressive crackdown on the existing cannabis industry,  which was clearly intended to clear the market to make the new IPO start up companies the dominant players in the market, and most of those major players are in the hands of Liberal Party insiders, many of whom know nothing about cannabis and couldn't be bothered to learn before being given a monopoly over legal supplies. In Saskatchewan, the companies have failed, and the closest legal cannabis store to Regina to open on 'legalization' day is in Edenwold. Regina 'Best Buds' Med-pot Activist Stewart Martin explains; "With all the millions of square feet in LP greenhouses why is there no product?

Because they have no idea about moisture percentages and how to store and transport.
Lots of product landed in Saskatchewan but never made it to the stores. Why?
Moldy product wouldn’t sell well!".

Not much to celebrate.

For a brief history of NORML Saskatchewan click here.