Foster Care A Growing Problem In Saskatchewan
by
Daniel Johnson
This post has not been approved by Media Co-op editors! 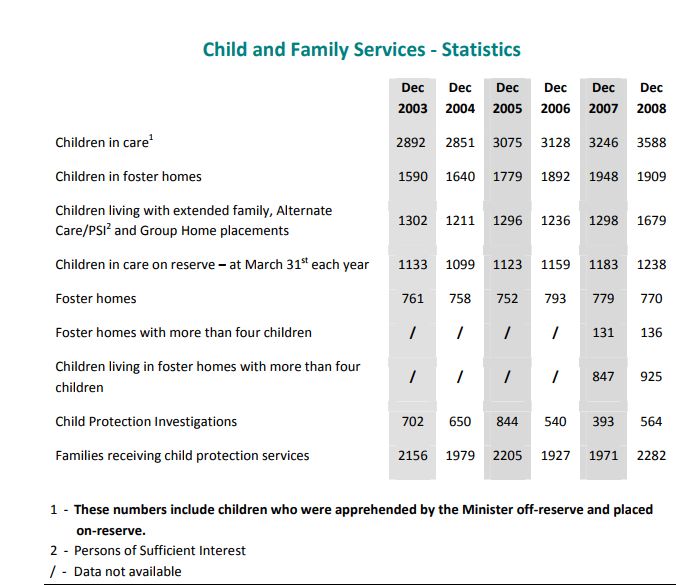 In what some are calling 'The Millenial Scoop', the number of children in foster care across Canada has been going up steadily for years. This includes a significant number of indigenous children and youth, despite government's stated desire for 'reconcilliation' over past abuses and apologies for the '60's scoop'.

The Province Of Saskatchewan is no exception.

Child and family services statistics from the Government Of Saskatchewan Publications site show that in 2003, 1590 children in Saskatchewan were in Foster Care. In 2004 it was 1640, then jumped to 1779 by 2005,  jumped again to 1892 in 2006, in 2007 it was 1948. By 2009, the problem of over crowding in foster homes was starting to get noticed, with statistics showing that  43.5 per cent of all children and youth placed in foster care lived in an overcrowded home in Saskatchewan.

The number began to crawl upward faster after the tragic closure of the Welfare Rights Center by the Saskatchewan Government in 2011. Fast forward to 2013, the number of children in care had gone up to 2844, and has continued steadily upward to 3154 by the latest numbers from March 2017.

As the problem grows, families targetted by Child Protection Services have virtually no means of fighting back, as advocacy groups have little funding, legal aid lawyers are trained to see the social workers as partners and 'confidentiality' rules make it illegal for media to report stories that might identify children in care, and also prevents parents from posting about their situations on social media.