Philippine journalists are dying and media establishments are under attack

Philippine journalists are dying and media establishments are under attack 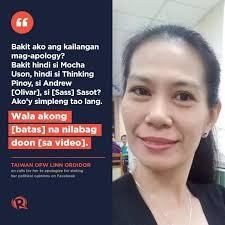 May 5, 2020, Vancouver, BC | Unceded Territories – Philippine journalists are dying and media establishments are under attack. Two days after the May 3rd World Press Freedom Day, ABS-CBN, Philippines’ biggest broadcast network was forced to shut down after years of criticizing and feuding with Philippine President Rodrigo Roa Duterte, whose regime declined bills to renew ABS-CBN’s permit.

“This is in compliance with the cease and desist order issued by the National Telecommunications Commission (NTC) today that prohibits ABS-CBN from continuing its broadcast operations effective immediately,” the company said in a statement.

Also, two days after the May 3rd World Press Freedom Day, Dumaguete-based community radio reporter and labour activist Cornelio Pepino, popularly known as Rex Cornelio was gunned down in Barangay Daro, Dumaguete. Pepino is the 16th journalist killed in the Philippines under the much-criticised Duterte regime.

The Philippines is one of the world’s most dangerous countries for journalists, with at least 186 people working in the media killed since the country’s return to democracy in 1986.

Other journalists targeted by Duterte include veteran Filipina journalist, Maria Ressa, who co-founded Rappler.  Ressa, with over two decades of work experience as a lead investigative reporter for CNN, is one of the most highly-regarded journalists in the Philippines and in Southeast Asia. An outspoken critic of Duterte, she was arrested in February 2019 for “cyber-libel”. Her arrest gathered criticism internationally, and highlighted the harsh measures against press freedom in the Philippines. Since, Ressa has been listed on Time’s 2019 “Most Influential People in the World”.

However, not only journalists are being targeted for criticizing the Duterte government. In April 2020, overseas Filipina caregiver and concerned citizen, Linn Ordidor, who goes with the alias Linn Silawan on Facebook was pursued by the Philippine government after she posted a short video on social media criticizing Duterte on the brutal measures implemented by the Philippine government during the COVID-19 pandemic. She was citing the hunger crisis the Filipino people face during the COVID-19 quarantine.

These extra-judicial killings happening in the past three years of Duterte’s regime have also been the type of “crisis response” given to the Filipino people who for so long seek an end to the country’s drug crisis. With the year 2020 marking the 499th year of the Philippine colonization by Spain, the ongoing instability, political crisis and economic struggle remain rooted in this colonization with remnants of backward mentality such as lateral violence, ableism, patriarchy, and toxic masculinity / “machismo”. Instead of treating the Philippine drug crises as a public health issue, the government’s response is the imposed militarization, increased violence, hyped-up police surveillance, and extrajudicial killings. Amidst COVID-19 pandemic, the same old failing tactics are being used – an ongoing and worsening senseless war mongering tactic and patriarchal social engineering with state-sponsored killings of the poor, disabled, and sick Filipinos to please the rich colonial and invading settlers, drug lords, and multinationals plundering the Philippine seas, territories, and indigenous peoples.

Since 2016, Philippine President Rodrigo Duterte’s regime has tabbed over 30,0000 extrajudicial killings. Thousands of people, of drug suspects and addicts, of many innocent civilians, journalists, students, activists, and cultural workers have been summarily executed in the Philippines in the context of  “war on drugs”. Such brutality made headlines around the globe, with New York Times publishing major reports on the regime in 2019. Films such as Brilliante Mendoza’s AMO on Netflix and the 92nd Academy Awards-nominated “The Nightcrawlers” by National Geographic Documentary Films, directed by Alexander A. Mora, also exposed the harrowing killings and human rights violations the Filipino people face.

Mildred German is a programmer, technical support and host of 100.5 FM CFRO Vancouver’s Coop Radio, and is the contributor representative of Media Coop. She is also a film student at Weengushk Film Institute (WFI) / Brock University in Ontario, Canada.

This article was first posted at PhilippineCanadianNews.com and is reposted at the author's request.