Police-Involved Deaths in Canada in February 2021

Police-Involved Deaths in Canada in February 2021 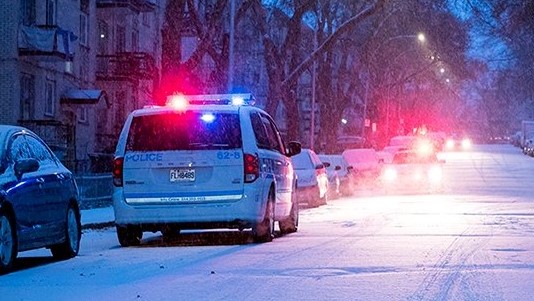 A 24-year-old woman died in Oshawa with Durham Regional Police Service officers present on February 1, 2021. The Special Investigations Unit (SIU) reports that at around 2 PM on February 1, 2021, Durham Regional Police Service was contacted with reports of a person on the roof of a parking structure at 1 Mary Street North in Oshawa. They state that on arrival an officer located a woman on the roof and attempted to speak with her. At some point the woman fell seven floors to the ground below. She was pronounced dead at the scene. Three investigators and two forensic investigators have been assigned to the case. One subject officer and one witness officer have been designated.

I have previously discussed police-involved falls in Canada. These falls often involve people in distress who are brought to peril through the escalation of police involvement.

Fabian Hart, a 34-year-old man, died in custody of the London Police Services (LPS) in the morning of February 2, 2021. The SIU reports that LPS officers arrested the man at around 3:30 PM on February 1, 2021, for failing to comply with conditions. He was taken to LPS headquarters where he was processed and detained in a cell. At about 9:05 AM on February 2, 2021, the man told officers that he was not feeling well. Emergency Medical Services arrived and transported the man to hospital, where he died.

Two York Regional Police officers shot and killed a 37-year-old man in East Gwillimbury on February 6, 2021. The Special Investigations Unit SIU) is investigating. They report that York Regional Police officers went to a residence on Ridge Gate Crescent in response to a weapons call. According to the SIU, officers found a woman dead at the front door of the residence. They then entered the home and became involved in some interaction with a man with two officers shooting him. He was pronounced dead at the scene. The SIU also report that two children and a woman were taken to hospital with serious injuries. The SIU has assigned five investigators and four forensic investigators to examine the case. Two subject officers and one witness officer have been designated.

A 36-year-old man died in an Edmonton police jail cell on February 6, 2021 after being arrested the night before. According to the Alberta Serious Incident Response Team (ASIRT), Edmonton Police Service officers arrested the man for “suspected public intoxication” after receiving a report about a man with a firearm at a residence near 60th Street and 35A Avenue. The man was detained in a cell in southeast division’s station where he was held overnight. According to ASIRT, the man was found unresponsive when police brought him a meal at 5:55 AM. He was pronounced dead there.

This was the second ASIRT investigation involving Edmonton police custody in a week. On February 1, a 38-year-old man detained by EPS was found unresponsive and not breathing in the back of a transport van after being taken to the downtown police headquarters. As of one week later, the man remained in critical condition at the city’s Royal Alexandra Hospital.

Yufei Wang, a 20-year-old woman, fell from an 11th floor balcony and died with Montreal police present in the early morning of February 7, 2021. The Bureau des Enquêtes Indépendantes (Bureau of Independent Investigations, BEI) reports that police responded to a 911 call a bit after 3 AM regarding a woman on the balcony outside of her apartment on Durocher Street, near Sherbrooke Street. They also report that Montreal police officers tried to speak to the woman and, at some point, during the interaction she fell to her death. She was pronounced dead at hospital. The BEI has assigned six investigators to the case. The BEI is not an independent agency and relies on officers from other police forces to do their investigations.

The Alberta Serious Incident Response Team (ASIRT) is investigating the death of a 26-year-old man in RCMP custody in Grande Prairie, Alberta, on February 8, 2021. According to ASIRT, RCMP officers were called to assist Emergency Medical Services (EMS) on February 7, at around 1:54 PM, on report of a man who had “consumed drugs and was creating a disturbance” at a residence. EMS and RCMP entered the residence and located a 26-year-old man.

The man was arrested by RCMP officers for mischief and transported to the Grande Prairie RCMP detachment where he was detained. On February 8, at around 7:50 AM, an officer entered the cell and found the man to be unresponsive and not breathing. EMS was called and the man was pronounced dead.

It has not been reported publicly if the man was given medical attention before he was arrested and taken into custody. No details of his interactions with police before or during his time in custody have been provided publicly.

On February 12, an 18-year-old man in Mississauga who had been arrested by Peel Regional Police officers and taken to hospital on February 9, 2021, died . The SIU reports that Peel Regional Police officers were sent to a residence in Mississauga at around 6:30 PM regarding a woman having concerns about a family member. The details of those concerns have not been made public.

According to the SIU, an 18-year-old man fled the residence and was found and detained under the Mental Health Act. He was taken to hospital and remained under police guard. Near midnight his health deteriorated, and he was placed in the Intensive Care Unit. The man died in hospital on February 12.

The SIU has assigned three investigators and one forensic investigator to examine the death. Two subject officials and three witness officials have been designated. This is yet another person in mental health distress who has died in an interaction with police.

Toronto police shot and killed Gedi Ali Gedi, a 45-year-old man, in the early morning of February 23, 2021. The Special Investigations Unit reports that Toronto Police Service officers went to an apartment building at 291 George Street, near Dundas Street East, at about 3:30 AM for what has been called a missing persons investigation. According to the SIU, officers entered a third-floor apartment unit and became involved in “an interaction” with a resident of the unit. Two officers shot the man. The victim was taken to hospital, where he was pronounced dead at 4:17 AM. No additional details have been released publicly, including the nature of the interaction that preceded the shooting.

On March 2, 2021, the Alberta Serious Incident Response Team (ASIRT) announced that a 43-year-old man died after being tased while in Edmonton Police Service (EPS) custody. ASIRT report that police initially attended a residence on February 23, on a disturbance call. They interacted with a 43-year-old man and left. The next day, at about 12:22 PM, EPS officers and members of the integrated Crisis Team (PACT), a unit made up of both EPS officers and mental health workers with Alberta Health Services (AHS), did a follow-up with the man as a so-called wellness check. Police decided to arrest the man under Mental Health Act provisions. At around 1:27 PM, EPS officers transported the man to the Royal Alexandra Hospital (RAH).

At about 2:22 PM, EPS officers entered the secure room in which the man had been placed, in order to transfer him to another unit. At some point, a “physical altercation” occurred involving three EPS officers, hospital staff, including three security guards, and the man. During this altercation, one police officer deployed a conducted energy weapon. The man was subdued, and medical personnel administered medication. Soon afterwards, the man became unresponsive and could not be revived.

This is another person in mental health crisis who ends up dead when police are deployed.

Tofino (British Columbia) RCMP shot and killed a young Indigenous man in a residence on Opitsaht First Nation in the evening of February 27, 2021. Social media reports by family have identified the man killed as Julian Jones (28). In a Facebook post, his brother Leo Jackson wrote: “Last night my brother Julian Jones was shot and killed by the Tofino RCMP on unceded Indian land.”

The RCMP claim that two officers from Tofino RCMP attended a residence on the Opitsaht First Nation at around 9:30 PM on belief that a woman was in distress. At some point after they arrived, a young man was shot and killed, and another man was arrested. A woman was located and taken to hospital “for medical assessment.”

This is the second police killing of a Tla-o-qui-aht person in less than a year. Chantel Moore, a 26-year-old Tla-o-qui-aht First Nation woman, was shot and killed by police in Edmundston, New Brunswick, in June 2020.

Opitsaht is home to about 150 people.