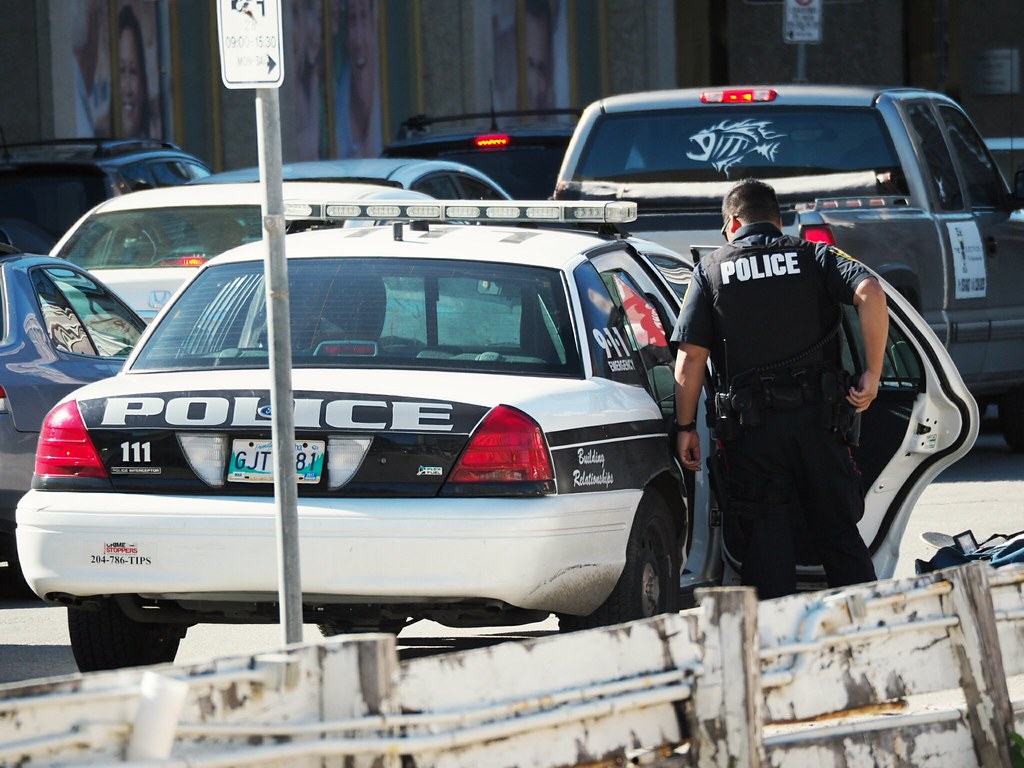 Racism and policing have gone hand and hand in the Canadian context—from the historical settler colonial violence of the RCMP through contemporary practices, from carding and surveillance to assaults upon racialized people and communities. The settler colonial character of the Canadian state continues in the current context in the disproportionate arrest and incarceration of Indigenous people and the exertion of violence, often lethal violence, against them.

Not surprisingly, the Canadian state and its various institutions of criminal justice have stridently denied claims of racism. Commissioner Brenda Lucki—the head of the Canadian state’s ongoing colonial force, the RCMP—recently infamously denied the existence of systemic racism in the RCMP, even suggesting at a federal hearing that she did not know quite what that meant.

In March of this year, the Civilian Review and Complaints Commission (CCRC) for the RCMP released its report into the force’s handling of the 2016 killing of Colten Boushie and the treatment of the his family after the killing. Boushie was a 22-year-old Indigenous youth from the Red Pheasant Cree Nation and he was killed by white settler farmer Gerard Stanley. A jury found Stanley not guilty of second-degree murder or manslaughter in February 2018. The CRCC concluded that the RCMP discriminated against Debbie Baptiste, Colten Boushie’s mother, and outlined racist policing and systemic racism through RCMP actions. Specifically, the Boushie family were treated as perpetrators rather than victims of violence, with an early RCMP media release about the killing even implying that “the young man's death was ‘deserved.’”

The conclusions were stunning, if not surprising, sparking much discussion across so-called Canada. Yet they echoed an earlier killing of a young Indigenous man—this time by police—with distinctly different conclusions.

Inquiries into police violence typically offer findings that diminish or deny the role of racism in police actions. Such an outcome was delivered on May 12, 2017, with the results of the inquiry into the 2008 killing of Craig McDougall, a young Indigenous man, by Winnipeg police, a force with a long and notorious history of racist violence. The inquest into Craig McDougall’s killing found no racism in police actions despite mistreatment of the victim’s family that was starkly similar to what Colten Boushie’s family was subjected to years later. It is, indeed, systemic. Unfortunately, the police killing of Craig McDougall and the outrageous inquest into his killing which exonerated the police have received little media or public attention in settler colonial Canada.

Not “Simple Missteps”: Racism, Police Violence, and the Killing of Craig McDougall

Twenty-six-year-old Craig Vincent McDougall was shot and killed by police outside his father’s home on Simcoe Street in Winnipeg. Police claimed to be responding to a 911 call when they arrived at the home in the early hours of August 2, 2008. They suggest that they found McDougall outside the house holding a cell phone and a knife. One officer shot him with a taser. He was then shot with a firearm, which killed him. A private investigator who examined the case has cast doubt on the assertion that Craig McDougall held a knife at the moment he was shot.

Incredibly, the victim’s family members were immediately arrested and put in handcuffs on the front lawn, an act of what criminologists term the dramatization of evil, designed to denigrate and humiliate people targeted by the system. Jonathan Rudin, an expert witness on Indigenous people, policing, and the criminal justice system, testified that the treatment of McDougall’s family after the young man was shot exemplified systemic racism, as the victims were assumed by police to be criminals and were treated as such.

Despite that, the inquest concluded that there was no evidence of racism in the police actions. It offered the typical statist finding that police were justified in what they did. In the inquest report, Associate Chief Judge Anne Krahn wrote there was “no evidence of racism direct or systemic in the moments leading to the shooting of Craig McDougall.” The judge found the arrest of McDougall’s father and uncle to be a simple misstep. In her words: “there were missteps in the immediate aftermath of the shooting when Craig McDougall’s uncle and father were left handcuffed and detained without lawful authority.” Such is the normalization of racism in the Canadian criminal justice system—atrocious actions become mere missteps.

Critics point out that treating the family members in such disrespectful and accusatory fashion exemplifies racism. One might add that the scant regard shown for the family and the community in the eight-year delay between the killing and the inquest report does likewise. It could be suggested that such an egregious delay would never be accepted in the case of a killing (by anyone) of a white, privileged victim. Of course, police and police associations seek to delay and divert inquests to benefit their own interests.

The inquest report even contradicts its own conclusions by making recommendations that imply racism by police. Among these recommendations are that the police service should consider delivery of implicit bias training for its members at regular intervals (a recognition of racist assumptions) and work with Indigenous organizations to develop programs.

“Get it Together”: Police Racism and Mistreatment of Colten Boushie’s Family

The Civilian Review and Complaints Commission found discrimination by police against Colten Boushie’s family and showed systemic racism in the police response to the killing. The police treated Colten Boushie, his friends, and his family as perpetrators, or potential perpetrators, rather than victims, in ways that can only be described as cruel (if not unusual in the police treatment of Indigenous people).

This started right from the beginning. The CRCC highlighted an initial RCMP media release which could have suggested to the public that “the young man's death was ‘deserved.’” According to Gail Davidson, a researcher with Lawyers’ Rights Watch Canada: “The RCMP treated it as though they were investigating an interrupted home invasion of very frightening proportions."

And the racism flowed from there. The Indigenous teens who were with Colten Boushie when he was killed were arrested, put in separate cells, and held on the police view that they were “criminals,” despite the fact that they were actually victims themselves. Yet Gerald Stanley’s son and wife, who could have been viewed as accomplices at the time, were allowed to carpool together. The RCMP even permitted them to do so in a vehicle from the crime scene. They were allowed to attend the RCMP detachment, give statements, and go home.

While police knew that Gerald Stanley had shot Colten Boushie, they left the scene exposed. A rain shower washed away crucial evidence, including blood. A blood spatter expert in the Stanley trial only viewed photos.

Among its findings, the CRCC noted that the manner in which officers informed Debbie Baptiste of her son’s death was “insensitive.” It was, in fact, much worse than that. Seven RCMP officers surrounded Debbie Baptiste’s home on the Red Pheasant First Nation. Colten Boushie’s uncle, Alvin Baptiste, reported that one of the three officers who approached the residence told a distraught Debbie Baptiste to “get it together” and asked if she had been drinking. The CRCC reported that, “One or more RCMP members smelled her breath.”

Alvin Baptiste also stated that the family did not give the RCMP permission to enter and search the home. This would constitute an illegal search, and some have called it an invasion of the premises.

The CRCC investigation also uncovered the fact that, incredibly, the RCMP destroyed communications evidence from the night Stanley killed Colten Boushie. Incompetence does not quite name it.

Policing in Canada is inherently racist, inherently colonial. It is founded in the dispossession, displacement, and control of Indigenous people and communities. It is founded in the theft of land and the ongoing maintenance of that theft. Policing continues as a mechanism of reproducing and expanding these structures and relations of oppression, exploitation, and control in the service of accumulation and profit.