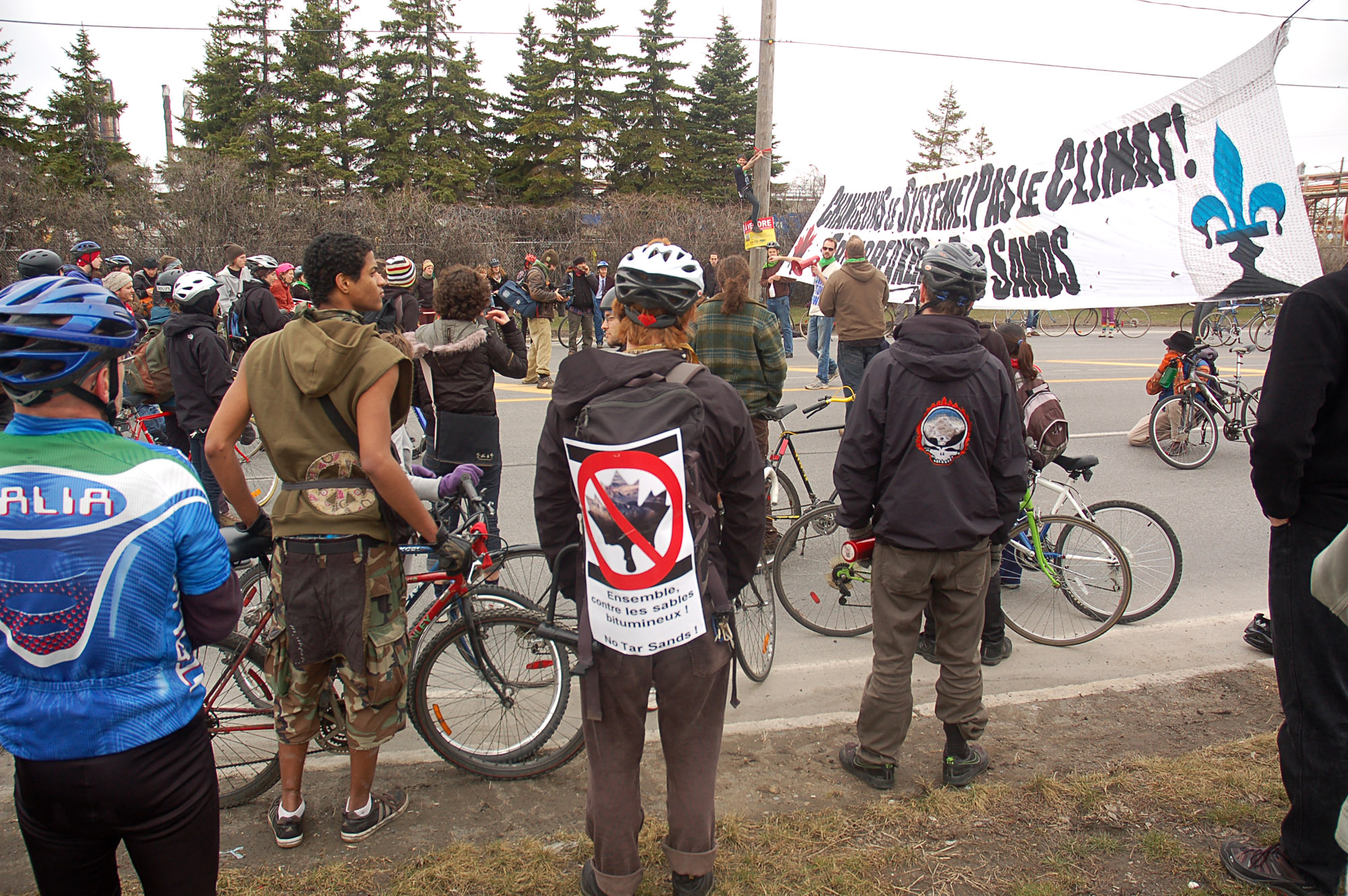 Montreal – On June 29th, Quebec finance minister Raymond Bachand announced that the government would be increasing a provincial tax break for oil and gas pipeline developers from 8% to 30%.  The tax break would be granted to pipeline projects to be developed between now and January 2015.  According to Bachand, pipelines are a more “ecological” option for the transportation of oil and gas products than by boat or train.

“Granting this tax break at this time, as the tar sands are set to expand their output five fold over the next fifteen years, makes the Charest government’s position clear, they want this pipeline,” Kawina Robichaud, a campaigner with Climate Justice Montreal explains.

The Trailbreaker is actually the reversal of existing pipeline infrastructure to move tar sands oil from Alberta to Portland, Maine, where it is then placed on tankers bound for the Gulf Coast of Texas.  If completed the project would see 200,000 barrels of oil flowing through Montreal each day, with 40,000 barrels being refined in refineries on the east end of the island.

“We are talking about facilitating the expansion of a project that is destroying a chunk of pristine forest larger that all of Greece,” Robichaud said. “The tar sands are killing people and driving our planet towards climate chaos, does the Quebec government really think that is something that we should be complicit in?”

Activists also point out that these tax cuts come in the wake of a Quebec provincial budget which announced massive cuts to social security and widespread privatization of essential services.  Over 10,000 people took to the streets of Montreal on April 1st to denounce the cuts.

The first ever Climate Action Camp in Canada will take place this summer in Dunham, Quebec to mobilize against the Trailbreaker project.