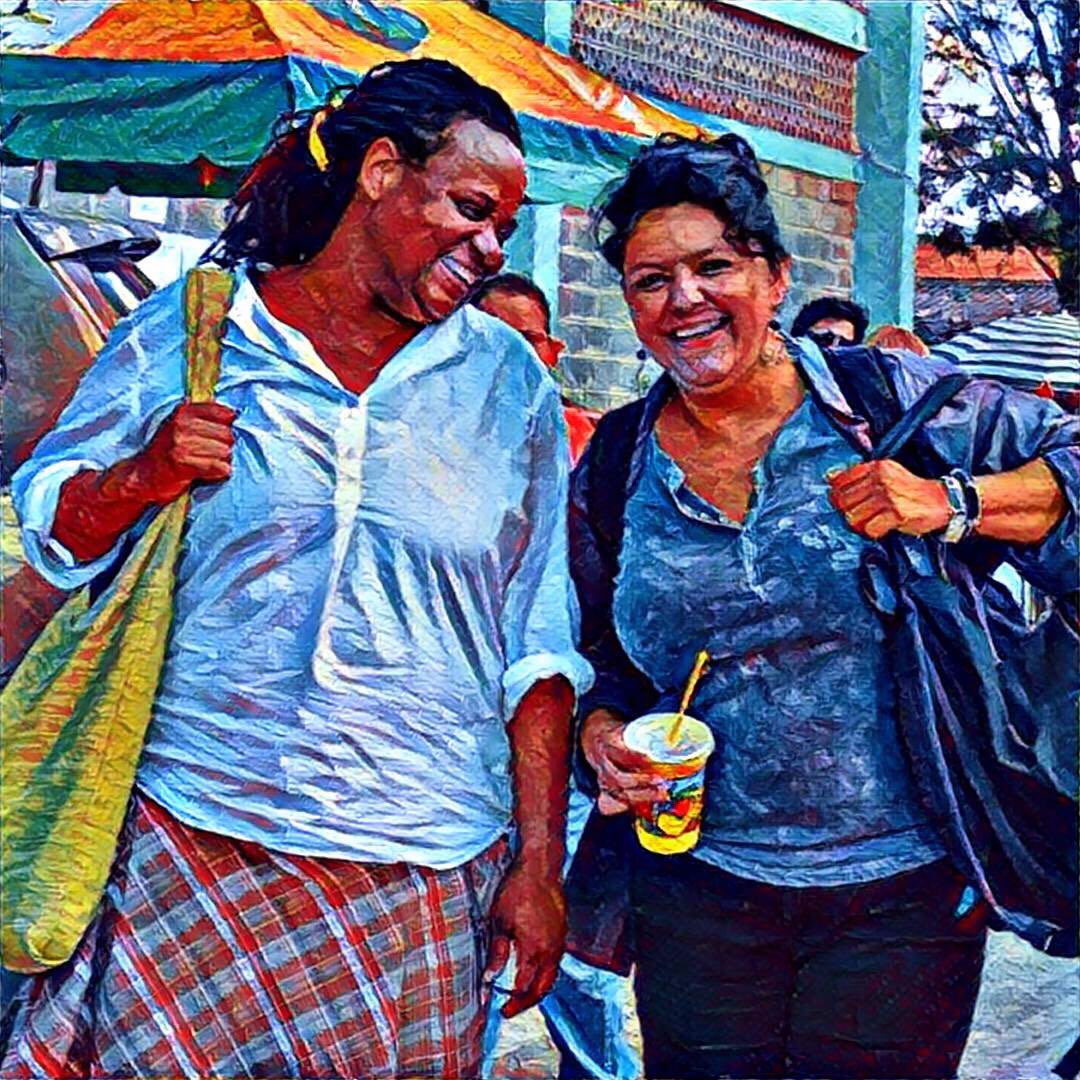 “In the last two years alone, more than forty Garifuna have been murdered and a large number of others have fled their communities due to threats, criminalization and persecution.”
Miriam Miranda, General Coordinator of OFRANEH

OFRANEH has been, along with COPINH (Honduran Council of Indigenous and Popular Organizations), at the forefront of resistance to the US & Canadian-backed coup of 2009, to 12 years of US & Canadian-backed drug-trafficking repressive regimes in Honduras, and to the corruption and violence of local-to-global companies and investors in the sectors of tourism, dams, African palm production, illegal logging, mining, and more.

Rights Action
July 12, 2021
*******
OFRANEH (Black Fraternal Organization of Honduras) & TASSC (Torture Abolition and Survivors Support Coalition International) to receive Letelier-Moffitt Human Rights Award
https://mailchi.mp/rightsaction/ofraneh-tassc-to-receive-letelier-moffitt-human-rights-award
“In the last two years alone, more than forty Garifuna have been murdered and a large number of others have fled their communities due to threats, criminalization and persecution.”
Miriam Miranda, General Coordinator of OFRANEH
OFRANEH has been, along with COPINH (Honduran Council of Indigenous and Popular Organizations), at the forefront of resistance to the US & Canadian-backed coup of 2009, to 12 years of US & Canadian-backed drug-trafficking repressive regimes in Honduras, and to the corruption and violence of local-to-global companies and investors in the sectors of tourism, dams, African palm production, illegal logging, mining, and more.
For their community-based leadership role, OFRANEH and COPINH have been targeted regularly with repression (including killings and disappearances) and systemic human rights violations.

This well deserved recognition of OFRANEH is one more reminder of the complicity of the US and Canadian governments, our companies and investors, for over 12 years of support for the 2009 coup and the repressive, corrupt, ‘open-for-global-business’ regimes in power since then.

Each year, IPS honors individuals and organizations who embody the spirit and the legacy of late colleagues and human rights champions Orlando Letelier and Ronni Karpen Moffitt, who were assassinated by a car bomb in 1976 on the orders of Chilean dictator Augusto Pinochet. The annual commemoration of the assassination of Letelier and Moffitt will take place on Sunday, September 19 at 10:00 AM ET, in person, in a ceremony featuring this year’s awardees at Sheridan Circle in D.C.  The Letelier-Moffitt Awards will be held virtually on Wednesday, October 13, 2021 at 7:00 PM ET. Both events are open to the press.

TASSC and OFRANEH have helped advance the critical fight for human rights and human dignity through their work to support and uplift torture survivors and advocate for a global end to the practice of torture and to demand justice, self-determination and freedom from persecution for the Garífuna people and all Hondurans, respectively.

“In my first year as the Executive Director of the Institute for Policy Studies and the 45th year of the Letelier-Moffitt Human Rights Awards, it has been my privilege to recognize both the legacy and the future of social justice movements around the world, as we honor two organizations that are deeply committed to championing human rights and that truly embody the spirit and the legacy of our late colleagues Orlando Letelier and Ronni Karpen Moffitt,” said Tope Folarin, Executive Director of the Institute for Policy Studies. “TASSC and OFRANEH not only advocate for the communities they serve, but by courageously shining a light on human rights abuses and demanding accountability, they have each also made significant impacts on social justice movements that have reverberated around the world.”

“TASSC is pleased to accept the 45th Annual Letelier-Moffitt Human Rights Domestic Award. Hundreds of torture survivors who receive services from TASSC and who call TASSC their second home, appreciate this award,” said Léonce Byimana, Executive Director of TASSC. “It will help to highlight the grave human rights abuses happening in the world, but also the work of dedicated human rights defenders and other members of the community who dedicated their lives to exposing human rights abuses and seek justice for the victims and survivors. Following the example of Sister Dianna Ortiz, many victims and survivors have turned their suffering and oppression into strength and drive to speak out against torture and seek justice, not only for themselves but also for other torture survivors around the world. I want to take this opportunity to thank everyone involved in the rehabilitation of torture survivors and other victims of different types of abuses. I thank clinicians, lawyers, career developers, case managers, and all the torture survivors, activists and human rights defenders around the world who are working hard to rehabilitate and insure that human right abusers are held accountable.”

“We are honored and pleased to accept this prestigious award and thereby honor the memory and outstanding work of human rights defenders Orlando Letelier and Ronni Karpen Moffitt,” said Miriam Miranda, General Coordinator of OFRANEH. “OFRANEH and the Garífuna people are facing systematic persecution, criminalization, judicialization and extermination. In the last two years alone, more than forty Garifuna have been murdered and a large number of others have fled their communities due to threats, criminalization and persecution. Among the recent blows to our organization is the forced disappearance of the president of the Triunfo de la Cruz community board, an active member of OFRANEH, along with three other young people from the same community on July 18, 2020. This recognition of our work by IPS will help advance our cause in defense of the collective and human rights of our people, as well as to contribute to the work of the Garífuna Research and Search Committee for the Disappeared of Triunfo de la Cruz (SUNLA), which will carry out investigations and serve as a mechanism of truth and justice for their families. We applaud IPS’s long legacy of awarding courageous defenders of life in the United States and throughout Latin America and the Caribbean, and we are proud to stand in the company of our fellow honorees.”
Tope Folarin and spokespeople from TASSC and OFRANEH are available for interviews and comments. The commemoration ceremony and the awards ceremony are both open to the media. To RSVP as press or to arrange for an interview, contact Olivia Alperstein at (202) 704-9011 or olivia@ips-dc.org.

TASSC
The Torture Abolition and Survivors Support Coalition International (TASSC) is the only organization founded by and for torture survivors around the world. TASSC was established on the guiding principles that torture is a crime against humanity and that survivors are the strongest and most effective voice in the campaign to end the practice of torture wherever it occurs. In 2002, TASSC was established as a 501(c)(3) non-profit organization.

TASSC survivors have been tortured for participating in peaceful demonstrations, joining an opposition political organization, criticizing their government in the media, refusing to join the ruling party, being related to a political dissident, or because of their religion, ethnicity or sexual orientation. TASSC takes an integrated and survivor-centered approach to its work with survivors of torture through a trauma-informed and strength-based perspective, focusing on resilience and each survivor’s own strengths as they move toward achieving their goals and addressing all aspects of their well-being.

Sister Dianna Ortiz, who passed away on February 19, was a survivor of torture in Guatemala, a founder and first director of TASSC, and the heart and soul of a worldwide community of torture survivors and their allies. She spent nearly three decades advocating against torture and in doing so helped to create the unique survivor-centered model of healing that TASSC represents.

OFRANEH
Since 1978, the Black Fraternal Organization of Honduras (OFRANEH) has served as the representative organization for and a leading voice in Honduras for the self-determination and dignity of the Garífuna people in Honduras, a matrilineal people who are both Indigenous and Afro-descendent, whose ancestral territory in Honduras is principally along the northern coast and under constant threat from African palm plantations, Canadian and U.S. tourist operations, mining, energy projects and drug trafficking.

The Garífuna people’s drum beats were a constant refrain during the months of protests following the US-backed coup in Honduras in June 2009, which gave way to the consolidation of a narco-dictatorship under President Juan Orlando Hernández. In a landmark ruling, OFRANEH won two cases against the State of Honduras and achieved condemnatory sentences from the Inter-American Court of Human Rights on October 8, 2015 in favor of the Garifuna communities of Triunfo de la Cruz in Tela Bay and Punta Piedra in the department of Colon, for violation of the right to community property and the right to free and informed prior consultation.

While the Black Lives Matter movement was flooding streets in cities all over the US following the police murder of George Floyd, Breonna Taylor and others, in Honduras, OFRANEH was lifting up the message that “Garífuna lives matter too” following the disappearance of four of their leaders in July 2020 from the community of Triunfo de la Cruz on the northern coast. In early 2021, OFRANEH announced the formation of the Garífuna Research and Search Committee for the Disappeared of Triunfo de la Cruz, “SUNLA” or “Enough” in English. OFRANEH leads this important struggle for truth and justice in the case of the disappearances with support from national and international experts in areas such as forensic science, anthropology, psychology, medicine, law, spirituality, research and human rights.

Institute for Policy Studies
For nearly six decades, the Institute for Policy Studies has provided critical research support for major social movements and progressive leaders inside and outside government and on the ground around the United States and the world. As the nation’s oldest progressive multi-issue think tank, IPS turns bold ideas into action through public scholarship and mentorship of the next generation of progressive scholars and activists.
*******
Archives - OFRANEH
Articles, reports, films & urgent actions related to OFRANEH's work & struggle in defense of Garifuna territory & rights: https://rightsaction.org/ofraneh

Tax-deductible donations to support OFRANEH and other community defense struggles in Honduras and Guatemala
Make check to "Rights Action" and mail to: