OPINION: The Sinkhole of Social Democracy

OPINION: The Sinkhole of Social Democracy 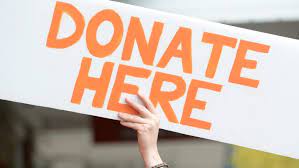 With yet another election cycle upon us, working-class people are once again urged to throw themselves behind the wheel of social democracy. In the Canadian context, this means once again throwing support, and significant resources, behind the New Democratic Party (NDP). This is an appeal to sinkhole politics, the diversion and waste of working-class energies, infrastructures, labour, material, time, and money.

Not only does social democracy fail to offer a break with capital, let alone any sort of pathway out, it serves to undermine movements that might. It diverts resources away from active struggle into a dead end that even when effective (on its electoral terms) becomes itself an oppressive force to be overcome.

Far from representing the political expression of collective movements or the conscious working class as some imagine, the social democratic party has a parasitic relationship to movements and to the working class. It mines working-class concerns for its own interests, which are largely middle strata managerial.

The NDP serves as a massive drain on the organized collective resources of the working class (especially of the unions). And this drain operates in terms of labour, funds, time, organizational capacity, and intellectual attention. It sucks energy and work (of working-class people doing tasks like canvassing, meetings, promotion, rallies, etc.) but also infrastructure (space, materials, media, etc.). And it wastes these resources for ends that are largely against rather than in the service of working-class struggles.

While community and workplace movements, including rank-and-file organizing, do without basic resources and struggle to gain access to them (turning to sticker sales and gofundme appeals), and have to do without infrastructure and tools that could seriously advance class struggle, social democratic parties like the NDP gobble up resources to run quixotic campaigns in hopeless riding contests (often about little more than securing their own future funding). And if they do manage an electoral win, they deliver nothing more than a friendlier neoliberalism catered to the “middle class” and small property owners — not even the defensive holds they promise.

Gowing up in a union family in the heartland of social unionism in Canada, I saw firsthand the immense waste of collective labour and resources early on. Decades as a union member and rank-and-file organizer (in both private sector and public sector unions) has continued to show me more of the same.

Then there is the dampening effect of social democracy on unions themselves. During my own years of involvement in public sector unions, including being part of several bargaining teams, the number of times we have been told by provincial federations that we should wait for the next election when an NDP government might make things easier before making big demands is astounding. When the NDP are not in power, we are told to hold back until they are. When they are in power, we are told not to push too much lest we cost them electorally. And — punchline — they do not make bargaining easier when they form the government.

Playing the game of lesser-evils, in reality the NDP stands, often violently, against the working class and the community movements that are badgered to support it. The NDP, where is has ruled in provincial contexts, whether British Columbia, Alberta, Ontario, Manitoba, or Saskatchewan, has shown clearly that when it matters the party stands firmly committed to capital.

State violence against land defenders, in the service of extractive capital? Check.

Sneering at working-class people facing death during a climate crisis the party contributes to? Check.

Hard bargaining with workers and their public sector unions? Check.

Setting policies that kill people in the thousands during a drug poisoning emergency? Check.

Violently dismantling homeless encampments in the service of property and land value? Check.

Securing the value of landlords while homelessness grows and rents skyrocket? Check (except for some xenophobic maneuvering against “foreign buyers”).

In British Columbia, the provincial NDP infamously proclaimed that working-class “fatalities are a part of life" in the context of a deadly heat dome with more than 800 deaths, disproportionately among poorer people. I have written about some of this in detail previously. This has led some to start calling the NDP the “New Death Party.”

NDP voters in hopeless ridings often say, vote for what you want, not defensively (even if it means electing a conservative). But is a neoliberal social democracy of austerity, repression of land defenders, pushing of extraction during a climate crises, criminalization (of drug users, homeless people, resistance movements), and public money for small capital and landlords really what anti-captalists want? It is not what is needed.

Unions and the Mirror of Social Democracy

There is a point to be made that the degraded nature of social democracy mirrors, and accompanies, the degradation of union movements. There are similarities in the managerialism, legalistic containment of struggle, commitment to the rules of a rigged game, fantasies of compromise, “best of all possible world”-ism, deference to capital and its “management rights,” anti-socialism, and its anti-theoretical stance.

In some ways, social democracy is the business union contractual model of employer-employee negotiation writ large. And like that, it leaves capital with its power, fundamentally in charge.

Unions at least bear some direct relationships to the class structure, to workers position in the capital-labour relationship, to the immediate conditions of life. Their material basis is still in the work of workers. Their resources are collective resources of working-class people. There are still possibilities for rank-and-file control of the resources they have produced in the unions. And a militant rank-and-file movement in class solidarity with other movements would pose a greater threat to capital (and its political managers) than a social democratic party distanced from class struggle (never mind committed to its own survival on electoral terms).

This is not to say that mainstream unions are any kind of answer themselves. They have grown up as structurally wedded to the bosses. It is rather to say that workers would be better served fighting to win back control of their own resources, to be able to wield them differently as weapons of class struggle, rather than following union bureaucrats in turning those resources over to an external managerial enterprise. Unions are at least infrastructures built from the efforts of workers in a context of contained class struggle.

Rank-and-filers within mainstream unions can redirect and redeploy these resources, which are after all theirs, toward militant infrastructures geared toward open class struggle, like direct action flying squads, solidarity pickets, community defense, class networks, and supporting unorganized workers. They can redirect and redeploy resources toward communities of exploited and oppressed people. I have been involved in efforts in a mainstream public sector union to do this through an anti-poverty working group to support direct action anti-poverty organizing and Indigenous land reclamation.

A portion of the labour, time, and funds poured into the NDP could advance class struggles against capital greatly. Instead, they are thrown into the wasteland of neoliberal managerialism and a fantasy of a kinder state leading capital back into a lost (imagined) compromise it has no interest in and no material reason to have any interest in.