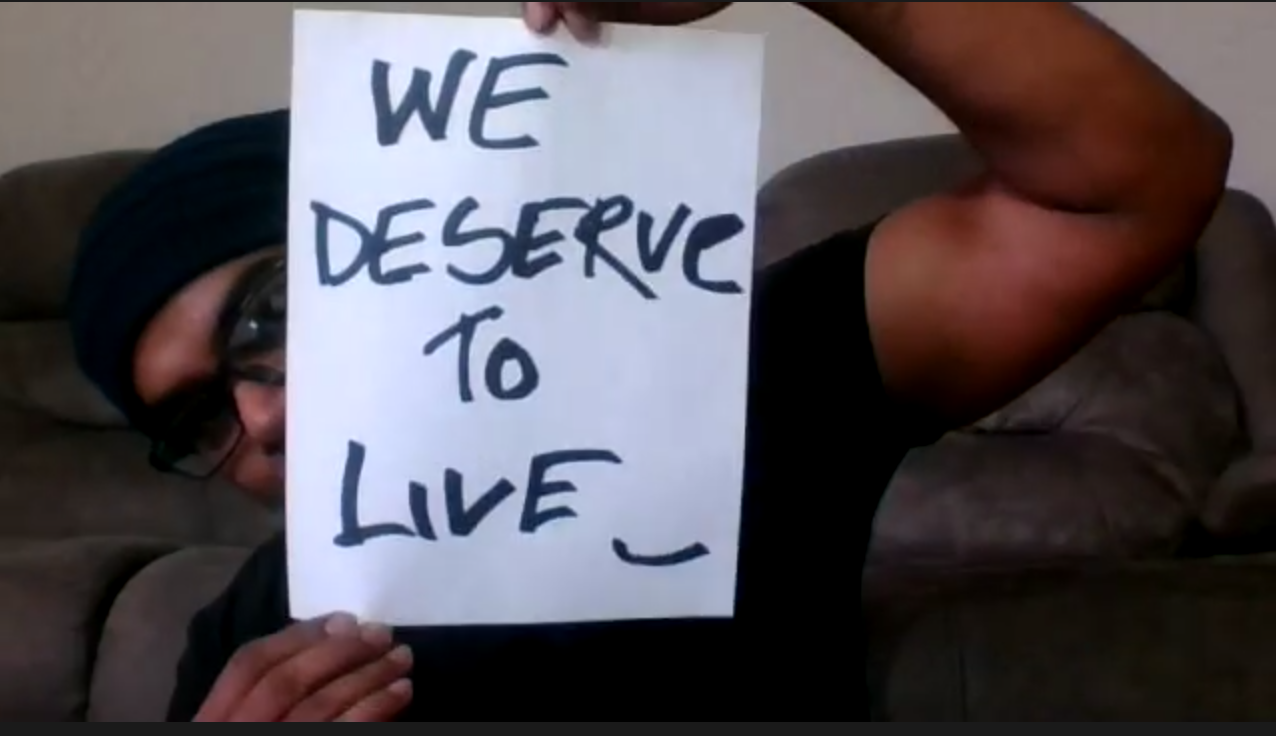 The Federal Liberal government has conceded to labour groups’ demands that pandemic income benefits be extended in order to help struggling workers – at least in part.

On Friday, February 19th, merely a day after the Workers’ Action Centre (WAC) held a virtual press conference demanding the extension of the then-looming March 26 expiration date of pandemic income benefits affecting over 844,000 workers, Employment and Social Development Canada (ESCD) announced a 12-week extension to Canada Recovery Benefit (CRB) and to the Canada Recovery Caregiving Benefit (CRCB). This will bring the total number of allotted weeks for both programs from 28 to 36.

“To ensure employees in the federally regulated private sector can access the proposed additional weeks of CRCB and (the Canada Recovery Sickness Benefit) without the risk of losing their jobs,” reads the press release, “the maximum length of the leave related to COVID-19 under the Canada Labour Code would also be extended.”

Another demand the government seems to have capitulated on is increasing the total number of Employment Insurance (EI) benefits weeks from 26 to 50 for claims made between September 27, 2020 and September 25, 2021. They are also increasing CRSB eligibility, which allows workers to stay home if they’re feeling ill or if they have to isolate because of COVID-19, from two to four weeks.

To be clear, the extension will not affect the cumbersome application and qualifying processes workers still have to undergo, and it is not anywhere near the national paid sick days legislation that workers demand.

Additionally, “self-employed workers who have opted in to the EI program…would be able to use a 2020 earnings threshold of $5,000, compared to the previous threshold of $7,555. This change would be retroactive to claims established as of January 3, 2021 and would apply until September 25, 2021,” according to the press release.

This is all a recognition of the impending benefits cliff coming, says Deena Ladd, executive director of the WAC, and “good on the whole,” but certainly not enough.

“This is probably them taking a cautious approach and being optimistic about the economy doing better in June,” she tells the Media Co-op moments after the announcement was made. “But there are sectors that won’t reopen until probably November or December."

And given such a "large disproportionate number of women, youth and racialized workers" in those sectors, says Larry Rousseau, executive vice-president of the Canadian Labour Congress, groups like the CLC and WAC are calling for an extension until at least December 31.

Rousseau says he is “very happy that they (announced) it earlier rather than later,” and that it was a sign that “the government is listening,” in a phone interview with the Media Co-op. But he also suggests the Federal Liberals were perhaps compelled to listen given their minority position in parliament.

“Which means they need to work with the other parties,” he says. “We know the NDP is definitely putting the pressure on for this to be done, and what we see is that when we’re in a minority situation, things can happen.”

To Ladd, it seems strange that the government would recognize the need to extend EI benefits to 50 weeks but only 12 more for the CRB, which is being used essentially in the same way by struggling workers. The feds also didn’t say anything about the demand to lower EI eligibility requirements to 350 hours or 12 weeks of work, or to permanently eliminate unfair disqualifying rules like quitting or resigning, which Ladd says amount to a “weapon in employers’ hands.” Nor did the government address the call to extend these benefits in full to all low-wage workers in precarious employment, migrant workers, undocumented workers, international students and workers misclassified as independent contractors.

"So, we will have to keep pushing to make sure that all workers are covered," she says.

The ESCD was not able to provide answers to emailed questions by press time.

Out of work for over 11 months and unable to land a new job anywhere, Christine Illot said at the WAC press conference that she worries about how she would budget past the then-deadline of March 26. While these 12 extra weeks do “help a bit,” she told the Media Co-op after the government’s announcement, she’s still left wondering “what about after that?”

“It’s knee-jerk reaction politics, because they don’t really know when this is going to end,” says the 18-year veteran of the theatre industry, which won't reopen until at least September, when vaccines are expected to roll out for the general public. “No way theatres can reopen with audiences being socially distanced. It’s not economically viable.”

Gonzalo Riva, a member of the Courage Coalition, a grassroots organization keeping tabs on the federal NDP and advocating for grassroots voices within the party, says the move “shows that the … federal government has no idea what to do and is running out of tricks.”

Labour organizations are demanding permanent, structural change to the social safety net, which would include current temporary pandemic income benefits but, more importantly, would see the EI regime itself revamped beyond COVID-19.

About a year before the pandemic, says Rousseau, only about 40 percent of eligible workers were receiving EI benefits, leaving at least 60 percent - “the overwhelming majority of the workforce” – uncovered. Most of those workers were part-timers, those working low-wage jobs and contract workers – that is, “people who couldn’t get the necessary hours” to meet the stringent eligibility standards.

“What we really need in calling for a reform is to make sure that coverage is more universal, more accessible and that the benefits are adequate,” he says. That means increasing the benefit floor from the current 55 percent of people’s income to $2,000 per month. “That’s the floor that’s been established with the CRB...and this is the floor that we have to be looking at.”

“Better accountability” is also needed, he says, referring to the make-up and decision-making powers of the employment insurance commission, which is composed of representatives from business, labour and the government. Along with ESDC, the commission has overseen the EI program for the last 75 years, according to the government’s website. But since around the 1980s, said Rousseau, the commission’s decision-making powers were “taken back” and today “remain with officials within the program.”

“But since it is an insurance program funded jointly by employers and workers who contribute, we need to see that representatives from both sides are in the governance structure, and that it’s not just an advisory body but a body that can make decisions,” he said.

Riva says while he recognizes the benefit extensions are “important for people’s immediate lives,” they are only band-aids to try to “stem the blood flow” rather than long-term solutions to fix a broken economic system. Doing that, he said, would include forcing employers to pay sick days as well as a living wage and to make pandemic pay permanent, something no level of government is prepared to do because “they are in the service of the employer class.”

“The government has decided they cannot stop the noxious vulture-like behaviour of the capitalist class, but what they can do is try to provide a little bit on the backend to let people somehow navigate and barely survive this hellish landscape,” he said. “They cannot actually bring the power of the government to bear, which just shows who they work for. ”

Riva’s response is also in reference to the tone-deaf comments made by Ontario Premier Doug Ford on February 17, before the feds’ announcement, in which he said paid sick days – another labour benefit workers have been actively fighting for – were a “waste of taxpayer dollars.” While not surprising, Riva said, Ford’s comments “speak to who he works for.”

“Because paid sick days will save lives, but saving lives, to the billionaire class, is a waste of money,” he said. “For them, government funding should be spent on stabilizing the economy,  guaranteeing the market, making sure that profits keep rolling, and that these corporate structures … survive through the pandemic. Anything that is not geared towards that is waste of money, whether human lives are lost or not.”

Ultimately, he concludes, “it’s a crisis of capitalism.”

Having been three months behind on rent due to the loss of his job as a result of the pandemic, Md. Masud Rana, a restaurant worker for the last six years, and his wife and three daughters were threatened with eviction from their Toronto apartment. To avoid “unwanted hassle,” said Rana during the Feb. 18 WAC virtual conference, he scrounged up all he could and paid the landlord off.

“But each and every month, after paying house rent, there is nothing left in my hands to spend for the whole month on groceries for my family," he said.

While he expressed sincere gratitude to the government of Canada for the help he and his family have received so far, he pleaded with it to understand that since the second lockdown, despite all efforts to look for work, his industry remains one of the hardest hit. And though it’s “painful” for him to ask the government for help, he says he has no one else to turn to here in Canada, outside of his home country of Bangladesh, where he had family. Like so many other immigrants, here, he is alone.

“Here, no one’s beside me. I can’t ask anybody. I need support. I need help. It’s very hard to survive for my family,” he said, pausing as his voice began to break. “I feel Canada’s government should think about us to make sure we are not going to face more problems after next month … If possible, just make sure our lives will not be paused.”

The day after Rana’s plea to the government, February 19, was the deadline for individuals, organizations, groups and businesses to submit their input to the feds about what they want to see included in the upcoming budget. According to a report on iPolitics, “nearly 800 written submissions” were made. Among them was one by Pfizer Canada, the domestic arm of the pharmaceutical giant manufacturing the vaccines, asking the feds for tax breaks.

Rosseau is concerned Pfizer would seek to profit from a worldwide public health crisis. He says  that while those decisions are for the government to ultimately make, groups like the CLC and the labour movement are focused on making sure that vaccines are made available for everybody in an equitable fashion and to ensure that people like Rana – not corporations like Pfizer – are the first ones in line to receive help.

Riva similarly condemns Pfizer’s apparent greed. He notes how tragically ironic it is that a country like Canada, which once led the field of vaccine research and manufacturing, is now “on its knees asking for vaccines from a private company” selling vaccines at a profit and also asking to be subsidized for it.

“It’s just bordering on madness,” he says. “And I think people … are going to either be turned off from politics or they are going to start looking for other answers …[that don’t] look like things that would honour a market system, because they’re realizing a market system is a sham.”

Rousseau echoed that and urged workers across Canada to continue to organize, mobilize and create and join unions, and called on governments to “remove the obstacles that are in the path” of those who choose to.

“I think that workers today are understanding that their voices are better heard when they are collective voices, and the best way to have collective voices from the workplace is through their unions,” he concluded. “And that is something that we are going to continue to fight for.”