Is wearing a mask still a race issue?

Is wearing a mask still a race issue? 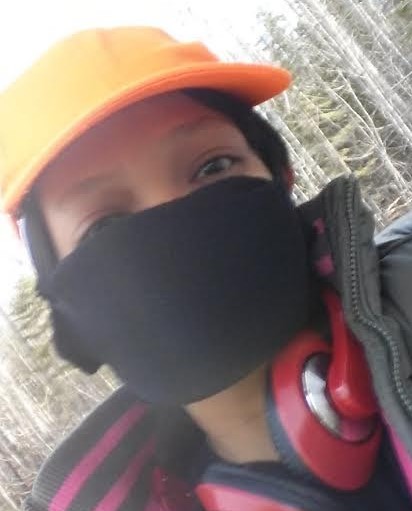 Unceded Territories (BC) -- Since the early days of the global spread of the coronavirus, COVID-19, U.S. President Donald Trump has referred to it as the "Chinese Virus."

With all the increasing misinformations, discrimination, and hostility amidst COVID-19 pandemic, including the riots that have sprouted in North America due to racial tensions, violence related to masking protocols has also increased. With the senseless death of Calvin Munerlyn, a security guard who was shot to death at his workplace after he told a customer to wear a “state-mandated face mask,” the violence and fear of being attacked for asking people to follow the medical protocol of wearing a mask has heightened.

In Canada, the anti-Asian racism has come back in a big way top with the coronavirus, and the violence related to ‘wearing a mask’ has surfaced too. Instances include last month’s reports of racial slurs by a white T&T Supermarket customer refusing to wear masks in the store and a racially-motivated attack on a frontline nurse.

“It happened because I’m Asian”, said Katherine Cheung, a nurse in Toronto who indicated she was the victim of the racially motivated attack in April. Cheung said she was wearing a medical mask at the time of the attack, being spat on and verbally assaulted with racial slurs outside a restaurant.

In Burnaby, BC, the collective effort of the community to flatten the curve by wearing masks has been a target of racial tensions too. Burnaby North MLA Janet Routledge expressed in early June in a letter that she “wears a mask in solidarity with Burnaby’s Asian-Canadian community”.

With this “in solidarity with Burnaby’s Asian-Canadian community” statement by a government elected politician, the question arises: “Is wearing a mask a race issue?”

Since the inception of COVID-19 protocols in Canada, masking has been ruled as one of the best ways to protect ourselves from getting COVID-19, in addition to washing our hands frequently with soap for 40 seconds, maintaining a physical distance of 2 meters / 6 feet, avoiding large private parties, and to disinfect surfaces regularly. Recently, Dr. Theresa Tam, Chief Public Health Officer of Canada, has again reiterated the importance of physical distancing, proper hand hygiene and mask-wearing.

Although these protocols do not provide a cure to COVID-19, they are believed to flatten the curve so as to not overwhelm hospitals and graveyards with the casualties of COVID-19. In Canada, to date, there are nearly 120,000 confirmed cases of COVID-19 and nearly 9,000 dead.

In the early stages of COVID-19 in Canada, the lack of PPEs, including medical-grade N95 masks, threatened Canada’s frontline fight against the coronavirus. Canada’s federal and provincial governments were scrambling to supply the public and the health-care sectors with PPE, due to the poor-quality of supplies and fraudulent N95 masks coming from China, whose government revealed in April the seizure of 89 million pieces of poor quality medical supply products. This included at least one million masks from China which Canada had received that did not meet the protective standards.

The lack of PPEs supplies in Canada has prompted many local businesses to try their hand at becoming suppliers. A Coquitlam pillow company has turned its production to become “Canada’s first homegrown manufacturer of surgical masks and N95 respirators.”

The lack of masks and respirators adds to the stresses in Canada’s frontline fight against COVID-19, and anti-lockdown, anti-mask protesters have also swarmed the streets in protests of the safety protocols. In May, crowds of out of control anti-lockdown protesters blocked traffic and hospital entrances, violating physical distancing protocols, and berating healthcare workers and security guards. 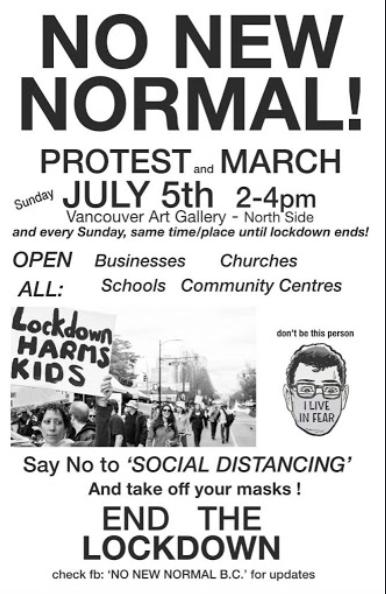 In July the popular Vancouver 3rd Beach was swarmed with crowds attending the Drum Circle Party. Although the drummers and party revelers have been gathering in Stanley Park for more than 15 years, they too were not spared from a warning from B.C.’s provincial medical health officer, Dr. Bonnie Henry.  The Drum Circle Party has also gathered public criticism due to the big crowd, lack of safety mask and social distancing protocols, complaints around noise, drinking and public urination.

"We follow up every single case here in B.C.," Henry said. "The short answer is no … currently we do not have any cases that have been associated with the protests that took place."

The protest organisers have reminded the crowds attending the anti-Black racism and police violence protests in Vancouver to wear masks. The June 5 & 19 protests have drawn thousands of protesters, but no COVID-19 case was associated as the 14 incubation period passed.