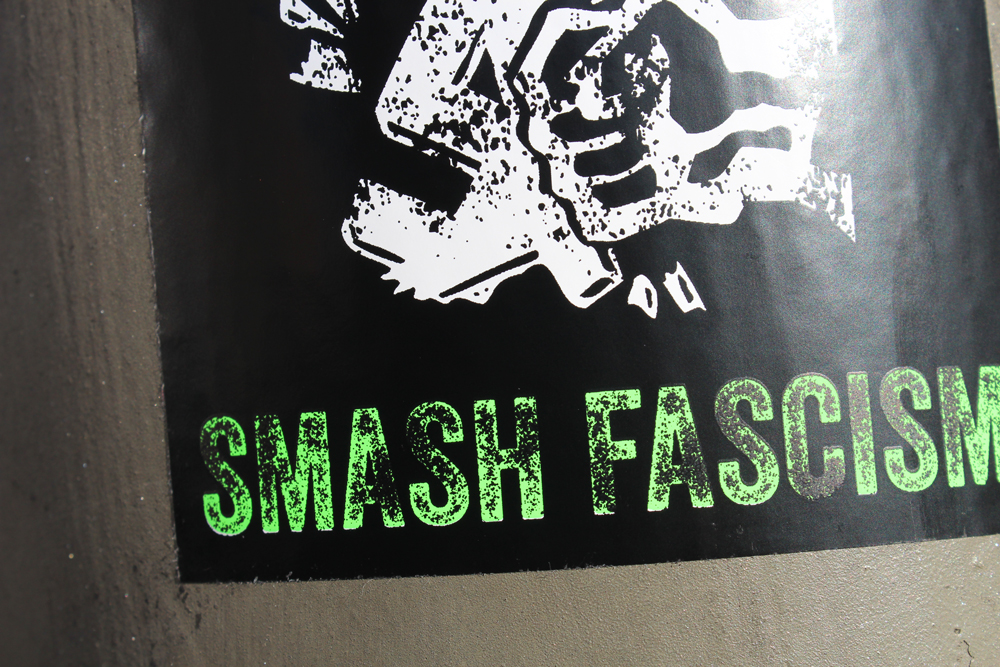 The climate crisis is growing. This year the Arctic caught fire from drought and heat waves, and the next four years are predicted to be the hottest on record. Yet the battle to save the planet has recently been complicated by global far right movements, and the impact on the climate has been devastating. Trump quickly removed the US from the Paris agreement after being elected, and already governments are suggesting that this year’s UN climate negotiations will fail. In Ontario, the newly-elected Ford administration recently sent emails to ministries banning discussion of climate change.

The far right base mimics and influences far right policies. Stormfront, the notorious white power website, contains an entire section on ‘Nature and Environment.’ A thread on climate change proved to be one of the site’s most popular, with over 97000 views and 600 plus comments. Most posts were emotive attacks and complaints about people concerned about climate change, using gross language and with little evidence provided beyond YouTube videos. Yet, they are the base that supports Trump and Ford, and, promote big oil’s climate denialism and false science. Unfortunately, conspiratorial narratives from the far right are often getting more popular attention than climate reports from NASA.

On Turtle Island (aka North America), far right concepts of white supremacy promote the conquest and entitlement of European people to Indigenous lands. Far right groups have mobilized to disrupt events centering Indigenous struggles in recent years in so called ‘Canada.’ In July, 2017 several members of Canadian Armed Forces dressed as Proud Boys disrupted a ceremony led by community leader Grizzly Mama, who was protesting the Cornwalis Statue in Halifax. Cornwalis infamously established the colony of Halifax with a bounty for the scalps of Mi'kmaq people. The Proud Boys openly promote ‘Western Chauvinism’, or what is better described as capitalist colonial imperialism, the mentality threatening the survival of our species.

In southern Ontario, the Indigenous community of Six Nations experienced several waves of white supremacist harassment during the reclamation of Kanonhstaton. In 2006, a grassroots campaign in Six Nations stopped a housing development by the town of Caledonia on unceded lands. In 2011, a mobilization by neo-Nazi’s and anti-Native activists at the site of the reclamation called for armed struggle against Indigenous communities. Importantly, these racists were met by a counter demo of hundreds of anti-racists who mobilized on buses throughout Southern Ontario to oppose racists and support Six Nations’ land defence.

Over the past two years, white supremacist street mobilizations in Southern Ontario have targeted Muslim people with racist rhetoric and conspiracy theories. The idea that Muslim people pose a significant threat to rich nation states is insulting, particularly when espoused by white nationalists, whose nation has both profited from and contributed to the destabalization of the Middle East.

Since the start of the 2003 invasion of Iraq, an estimated 2.4 million people have died because from that war. The perpetual ‘war on terror’ has relied on Islamophobia to normalize military operations by rich nations for oil. The US has never admitted that the Iraq war was about oil during the invasion, though the US secured oil fields first while bombing hospitals and schools. Many of the economic policies developed post-invasion in Iraq enriched US corporations and ensured ‘America first’ plunders of oil resources.

The war torn areas in the Middle East have been hit severely by climate crisis. It has been widely argued that the Syrian civil war was at least partially triggered by severe drought related to climate change. Approximately 11 million people were displaced in Syria because of the conflict, and of those, 5.1 million became refugees. Globally, researchers predict that in the next 50 to 100 years, there could be up to two billion climate refugees.

On the streets, mobilizations by the far right represent an important fulcrum for the environmental justice movement. The far right are the manifestation of colonialism, toxic masculinity, racism, and nihilistic capitalist consumption. Ensuring that borders remain open, and keeping the oil in the soil requires not only challenging the rich, but also the base that supports them. Environmental justice activists have a unique responsibility to confront racism and colonialism. We understand that the social conditions of oppression mimic the destruction of the planet. Today, the Arctic burns while Nazi’s march openly. It’s time to bring the green and black back in Toronto* across the land.

*Two far-right rallies are being held this weekend in Toronto and counter-protests are being organized, including one on Saturday Sept 8 at the same time as a climate rally organized by Toronto 350.org. Another counter-demo is organized for Sunday Sept 9.

Dave Vasey is an environmental justice activist and antifascist from Toronto.