Canada's Mining Monopoly In Honduras and the Refugee/Migrant Caravan

Canada's Mining Monopoly In Honduras and the Refugee/Migrant Caravan

November 25th marks the International Day of Action in Solidarity with the Caravan and Exodus from Central America!
by
Luis Diaz and Billie Pierre 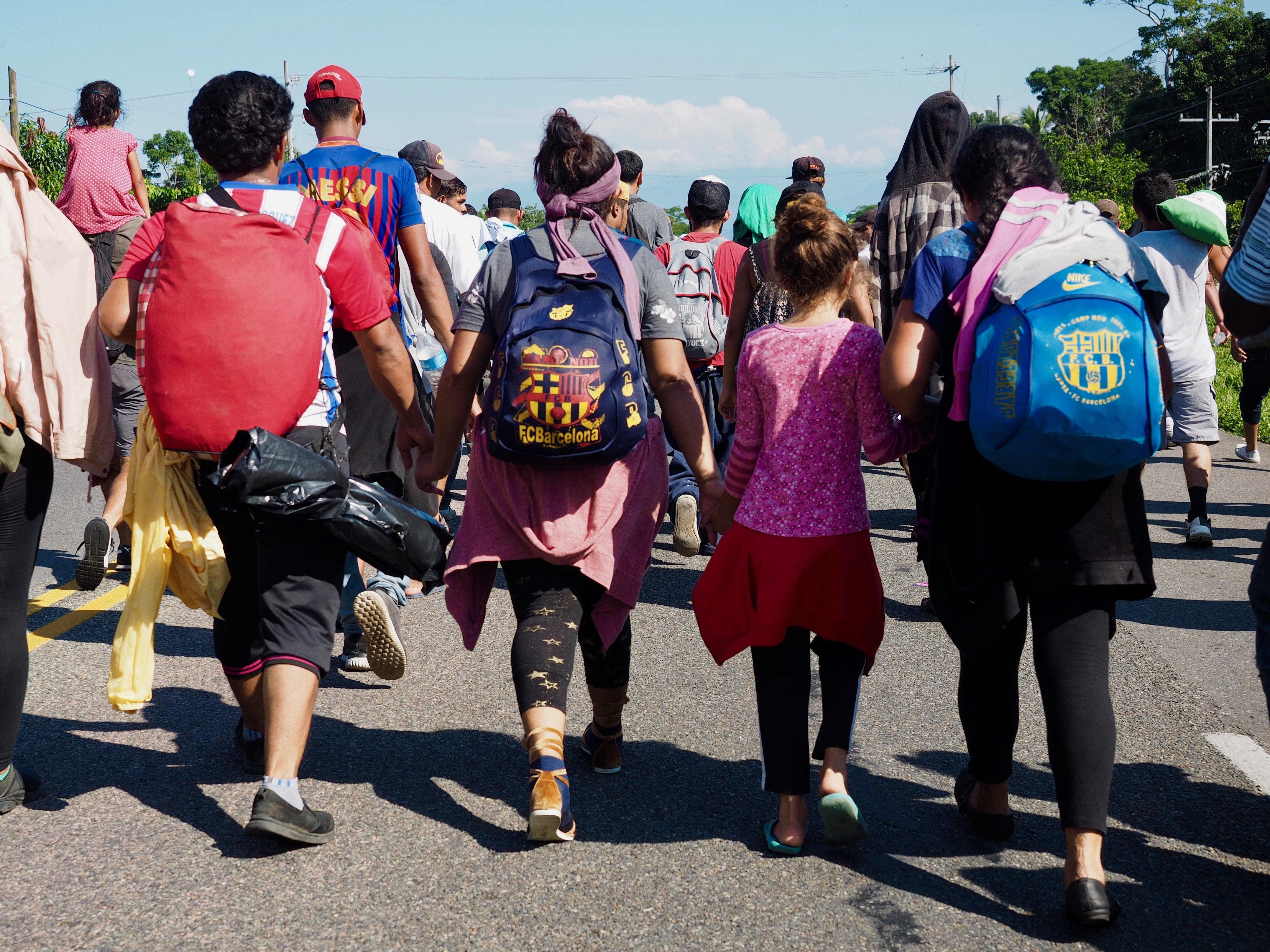 This Refugee Migrant Caravan that began in Honduras in mid-October and has grown to over 7000 people. They're currently in Mexico, with some having reached the border. Canada has significant investment, and owns a staggering 90% of the mines in Hondura, but lacks any involvement in providing any support for this humanitarian crisis.

Today, we’ll be hearing from activists linked to Canada and Central America, who will provide us with a closer perspective on the impacts Canada has on Honduras.

José Luis Granados Ceja, an independent writer and photojournalist based in Mexico City who will give us updates on the Caravan. We'll hear from Stacey Gomez a migrants justice organizer. We'll also hear from Jackie Mcvickar, who has accompanied human rights social movements and land protectors in Central America for over 10 years. She will also be giving a report about the trial that is being heard right now, for the murder of Indigenous leader Berta Caceres.

Information from Stacey Gomez
Nov. 25 is the International Day of Action in Solidarity with the Caravan and Exodus from Central America. This week, we call on Canadians to reach out to Immigration Minister Ahmed Hussen and Prime Minister Justin Trudeau, urging them to take action in support of the rights of the Central American refugees and migrants.

Also, CC and/or CALL your Member of Parliament, so they raise this issue with the Immigration Minister.

DEMAND that the Canadian government:

Sign the petition demanding Canada to grant asylum to those on the Caravan:https://www.change.org/p/hon-ahmed-hussen-canada-grant-asylum-to-the-mig...

You can also contact the Council of Popular and Indigenous Organizations of Honduras, (COPINH) directly, and let them know you support their efforts to protect their land, and that support a fair trial that will bring justice to Berta Caceres.
Use  #JusticiaParaBerta