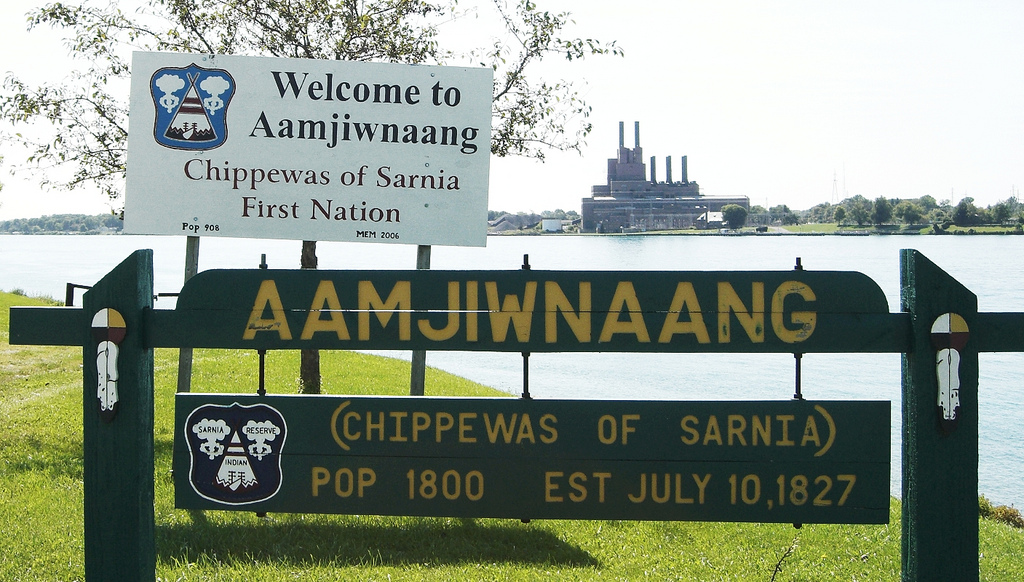 In this interview, Ada Lockridge talks about fellow Aamjiwnaang community members’ efforts to confront petro-chemical pollution from industries that surround their native reserve, which is located inside of Sarnia’s Chemical Valley. Those toxic industries surround three sides of Aamjiwnaang, and a Michigan coal plant is beside the fourth side of the reserve.  The better-known health impacts there are the dramatic drop in male births, yet residents also are grappling with cancers, headaches, and many other ailments.

To reduce Chemical Valley industry impacts around the area, Ada and another member of Aamjiwnaang -- Ron Plain -- have filed a lawsuit against Suncor and the Ministry of Environment, through the organization Eco-justice. As Ada makes clear during the interview, this legal case is one of many approaches which she and other community members have taken as they have been trying to improve their health and environment -- in spite of industry opposition, and government negligence.

Tar sands bitumen currently is processed at Suncor's oil refinery in Sarnia, and the government has accepted the company's request to increase their output levels there. After the tar sands industry was launched through a branch of Suncor back in the 1970s, the company since has come to approach the tar sands as their main source of profits.

In Sarnia, Suncor is so close to the reserve that they use Aamjiwnaang's road as if it is their own -- while the company deters the natives from visiting their own cemetary, which is surrounded by industry.

In 2004, the road was blockaded by Aamjiwnaang community members during a campaign against Suncor's plans to build an ethanol plant directly beside the reserve. Ada co-founded the Aamjiwnaang Health & Environment Committee as she helped to successfully challenge Suncor's ethanol plans. Since then, Ada has filled a leading role in a range of health and environment research and reform projects. She also has raised local issues through documentaries, and through international press.

I met Ada at a September 2010 rally at the location of a damaged Enbridge pipeline, beside Aamjiwnaang.

This interview was recorded the day after regional pollution issues were raised at a Port Huron, Michigan film and panel event, in November.  Ada gave this interview as I was stopping by an event for native youth from around Lambton county.

If you're not familiar with Sarnia, here are some details that will help to explain parts of the interview -

For me, Ada's interview follows up another one with Zak Nicholls, a Sarnia resident who has been grappling with similar issues around Chemical Valley. You can listen to the full interview with him here. Zak also was involved in preparing an article about Sarnia and Aamjiwnaang for the recently released Beyond Parts Per Million: Voices from the frontlines of climate justice publication.