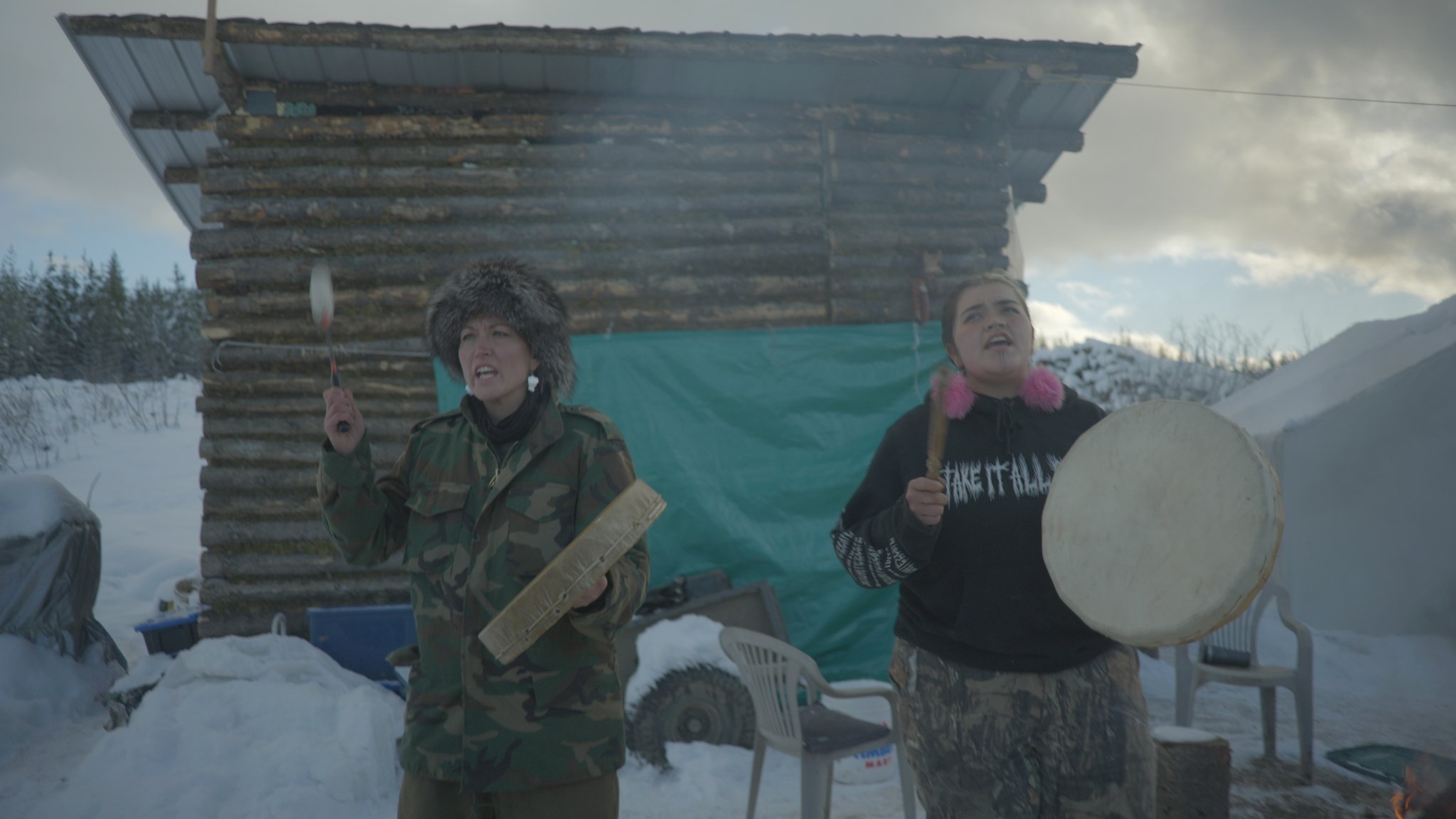 On Friday, November 19, 2021, the Royal Canadian Mounted Police (RCMP) once again invaded Wet'suwet'en Yinta (territory). The Wet'suwet'en traditional government had previously evicted pipeline company Coastal GasLink (CGL) from the territory in January 2020. CGL did not respect that eviction order, most recently by preparing to drill the pipeline route under the Wedzin Kwa (Morice River). The Wet'suwet'en then gave an evacuation notice to CGL and its employees on November 14th, 2021, ordering them to leave the area. The company did not abide, not even telling its own employees of the order. The RCMP's invasion yesterday, like the two previous invasions in 2019 and 2020, was justified with an injunction granted by a colonial court in British Columbia. The judge, as has been widely noted, granted the injunction despite the fact that this land has never been ceded by the Wet'suwet'en to Canada. When the RCMP was asked last year for any evidence of Canada being granted title to the land by any Indigenous nation, they provided no evidence. Reports from those on the ground yesterday indicate the presence of RCMP helicopters, police dogs, assault weapons, and dozens if not over a hundred officers on scene. The RCMP attempted to enter two structures built on the territory by Wet'suwet'en peoples, but were told to come back with a warrant. According to Gidimt'en Checkpoint on Twitter, the RCMP then used an axe and chainsaw to open the two doors. They entered with weapons drawn, and with a police dog present in at least one case, and proceeded to arrest those inside. There were reportedly fifteen arrests, thirteen land defenders and two journalists. This included Wet'suwet'en elders as well as Wet'suwet'en spokesperson Sleydo' (Molly Wickam). The journalists arrested were Amber Bracken, on assignment with The Narwhal, and Michael Toledano, who is working on a feature-length documentary about this land struggle. As of the time of writing, the arrestees seem to still be in police custody. Solidarity actions quickly popped up in a number of Indigenous communities, including the neighbouring Gitxsan Nation, as well as outside Winnipeg, and in Haudenosaunee territory at Six Nations of the Grand River. Rallies and actions have been held in city centres, including marches in a number of BC cities, a shut-down of intersections in Winnipeg, and a rally in downtown Toronto which delivered a message to TC Energy, the company building the pipeline, among others. The journalist most closely following the situation on the ground in Wet'suwet'en Yinta as of today, November 20, 2021, is Brandi Morin. The RCMP's extremely resource-intensive invasion came at a time when the west coast region just south of Wet'suwet'en territory is in a state of climate-exacerbated emergency, following massive flooding that destroyed roads, railways, homes, and took lives.