Feminism in the arts

Feminism in the arts

Feminism in the arts by Scott Neigh -- Talking Radical Radio 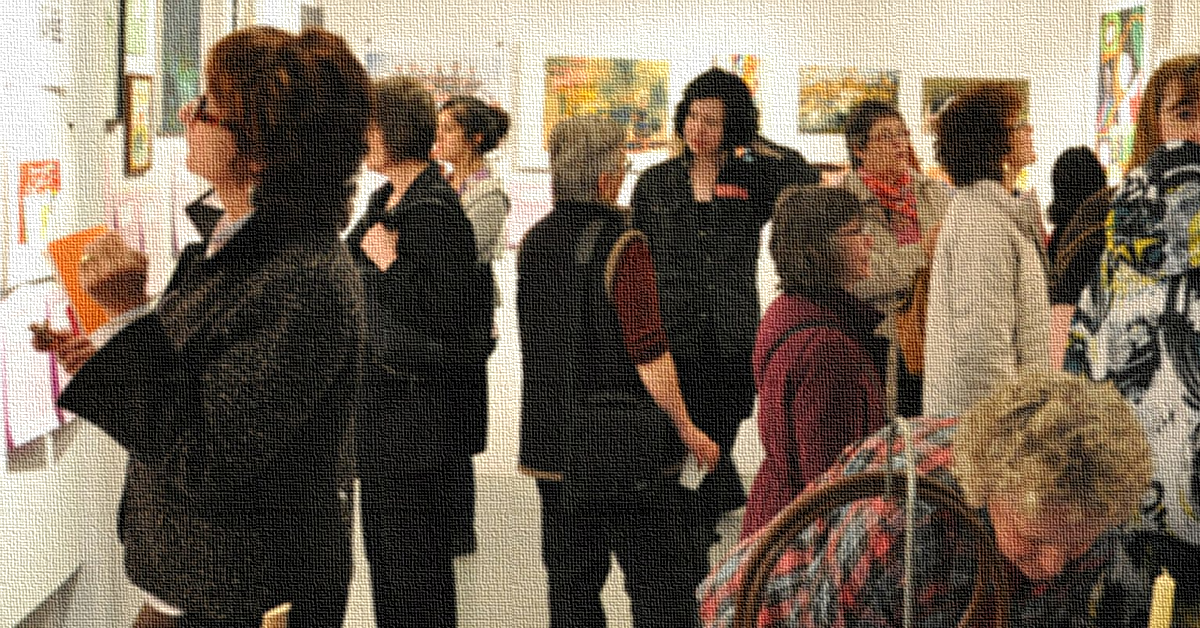 Shawna Dempsey is an artist and the co-executive director of Mentoring Artists for Women’s Art (MAWA). Scott Neigh interviews her about feminism in the arts, and about MAWA’s decades of work.

Dempsey is primarily a performance and video artist. She got her start as a university student in the 1980s, and was heavily influenced by the work of feminist performance artists of the previous decade and their use of the female body to talk about the realities that women face. She first became widely known for a performance art piece (and later film) called We’re Talking Vulva. She said, “A friend of mine was getting bladder infections, she didn’t understand why. And I realized in talking to her, she didn’t have an understanding of her basic genital anatomy. And that’s not surprising because of all the shame that’s associated with that part of a woman’s body. So I made a giant vulva suit, and I stepped into it. And I created a sort of vulva infomercial.”

Over the years since, she and long-time collaborator Lorri Millan have produced films, installations, performances, a book, public art pieces, the Lesbian National Parks and Services, and lots of other work, much of which they describe as “humourous, feminist and provocative.” Dempsey said it is all “rooted in our experience as women, as lesbians, as feminists, and also citizens in this world that have a lot to talk about.”

In recent years, much of Dempsey’s energy has gone into her leadership role at MAWA, a feminist artist-run centre in Winnipeg. MAWA was founded by two working-class women in 1984. The two had repeatedly run into barriers trying to get tenure at the University of Manitoba School of Art, and they founded MAWA as a response to the many gendered obstacles that women in the arts were facing. In that era, according to Dempsey, women had less access to the limited number of well-paying jobs in the field, received fewer grants, were shown less often in galleries at all levels, experienced a substantial wage gap related to sale of their art as well as other income streams, and were generally given less attention in critical and popular discourse about art.

Originally founded as a committee within a gallery, eventually MAWA became an independent organization. As well, Dempsey said, “As feminists, we know that the feminist discourse has changed, and the language around gender has changed, and the expression of gender has changed. So with that societal change, MAWA has changed as well, to understand that it’s not only cis women who are oppressed by patriarchy.” Today, all of their programming welcomes nonbinary, trans, and Two-Spirit participants. In addition, over half of what they offer is open to cisgender men as well.

MAWA took up mentorship as its primary tool for challenging the barriers in the arts resulting from gender oppression. Dempsey said, “We’ve seen it be really transformative in individual artists’ lives, but also in the community, creating an ethic of sharing.” She added that “by skill sharing, we can make our world fairer, more equitable, and raise each other up.” The organization’s core program matches senior and emerging artists, and over the course of one year, they meet both one-on-one and as part of a larger group, giving the mentees the opportunity to gain all kinds of knowledge and skills relevant to being a working artist.

Along with their full-year program, they also provide mentorship in a number of other ways – a rural arts mentorship program, various short-term mentorships, and also a new tailored approach to mentorship developed during the restrictive conditions of the COVID-19 pandemic. They also offer a range of other programming, including exhibitions, lectures about history and criticism, critical discussion nights, artist talks, and both hands-on art-making workshops and others in professional practices. They are involved in creating educational tools for use in arts classrooms. Their space in downtown Winnipeg serves as a gallery, as a meeting space for their own programming, and as a community space. And they also have their own feminist art resource library.

Beyond their various mentorship programs, MAWA’s feminist commitments show up in numerous ways in their programming. For instance, after a reading group held at MAWA realized how few feminist art history texts they could find that were either Canadian or recent, let alone both, the centre embarked on a project that resulted in a textbook about contemporary feminist art that is now used in universities across the country. And in 2018, they worked with curator Lee-Ann Martin on a project that brought 50 Indigenous women’s images to both billboards across the country and to education resources for use in elementary and secondary classrooms.

Dempsey said that some things have changed in the art world since the 1980s. Granting, for instance, largely happens equitably along gender lines these days, as do exhibitions in many contexts at local levels. But many other barriers persist, often with more severe impacts at more senior levels. For instance, women and other gender-oppressed artists are less often exhibited, especially in solo shows, in more prestigious and higher-paying contexts like regional galleries and the National Gallery of Canada. And things like sale price for art and overall income, access to tenure track positions, and critical attention remain imbalanced.

Dempsey said, “The feminist project continues” because “the systems of history and repetition and hegemony are very entrenched.” However, she added, “I don’t like to say ‘immovable,’ because I think collectively we are moving them.”

In addition to the work of organizations like MAWA and other kinds of collective interventions in the world, Dempsey also believes that art itself has an important role to play. “I’ve always believed that art can change the world. I continue to believe it. The power of image, the power of metaphor – it has just rocked me. Like, it has changed me body and soul, a powerful piece of artwork. I think art can communicate more directly, more forcefully, more profoundly complex ideas, troubling ideas. Art is a medium that has always been policed by fascist systems. Revolutions have been led by artists and artists’ images. And artists and art images have often been censored during times of repression, because they are so powerful. And I think we can use that power to create the kind of world we want to live in.”

Image: Used with permission of MAWA.