In a world that expects women to be nice, modest and subservient – and to smile while doing so – being assertive and speaking your mind often gets women labeled trouble-makers and man-haters.
by
Fernando Arce 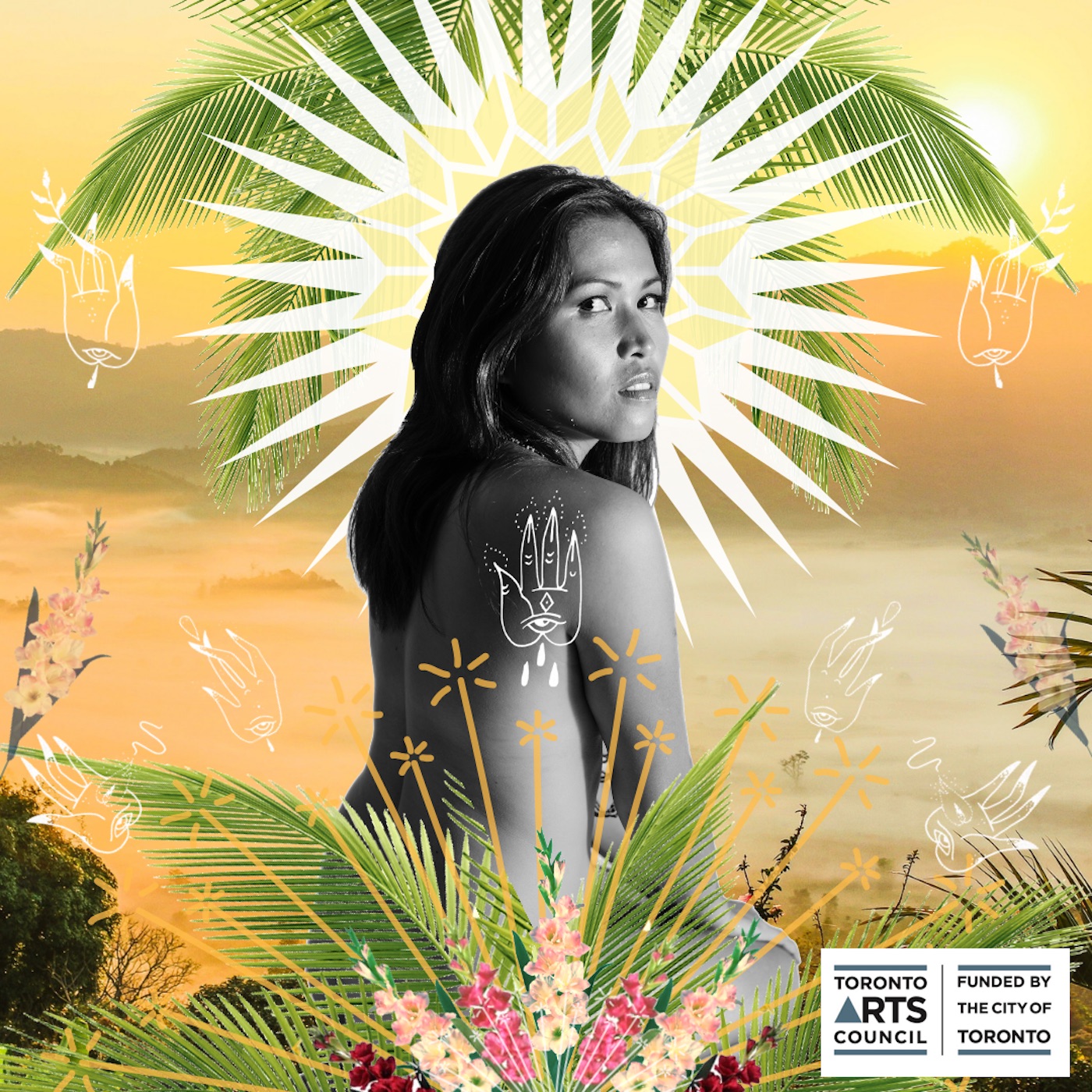 In a world that expects women to be nice, modest and subservient – and to smile while doing so – being assertive and speaking your mind often gets women labeled trouble-makers and man-haters.

But badass Pinoy nurse-by-morning-rapper-by-night Haniely Pableo – AKA HanHan – couldn’t care less about labels. And in her latest song, titled Mare, which released on International Women's Day, she leaves no room for doubt as she calls on women to shed those shackles, too.

“In order to be a strong, autonomous woman, you can’t just be good,” she told the Media Co-op on a phone interview from her home in Toronto. “It’s okay to be assertive and it’s okay to own it, because it’s okay to just be you and proud of yourself.”

The song’s title loosely translates as Sisterhood, though the word itself is a colloquial term that can mean “hey, pal,” explains Pableo, a 33-year-old nurse at the operating room of Toronto’s General Hospital. The track has already been featured in NOW Magazine’s Best Toronto music of the week, along with a few other artists.

Pableo describes the track as a “feisty,” unapologetic refusal of stereotypical gender roles and the “disservice” these create for women of colour.

“It’s a disservice to people of colour and women in general when we’re always nice and always modest,” she says.

The song also addresses other aspects of Filipino womanhood, including mistreatment by men and the way its internalized by women.

“Sometimes men assert their power on you, and it’s only because they don’t know you and what you can do,” she says. “Sometimes they test you because they think they can, and they continue because you allow them.”

That’s why she urges women to avoid the “boys” who treat women as commodities.

“If you treat women like options in a multiple choice, you’re (not a man but) a boy,” she says matter-of-factly and with a dry, ironic laugh.

Sonically speaking, the song is unlike anything she’s put out before, which is why it didn’t see the light of day for at least 10 years after she first wrote it. Indeed, the blues guitar in Mare creates a more laid-back rawness when compared to her other more funky fusions.

But its themes of liberation and solidarity are not only “very specific” but also as timely as ever, which is why she decided to release it on IWD 2019 to tie fans over until her sophomore album drops in the fall.

While great strides have been made, she says, including the #MeTooMovement, there are still too many men who try to cling to the privilege that a patriarchal society has unjustly endowed them with.

Even among her own Filipino community, she’s been labeled a “man-hater” as a result of her song.

But “I shrug it off,” she says, adding that she has no qualms about “cutting out” the people “who underestimate me, my power or intelligence...even if it’s a woman.”

With Mare, she hopes to inspire other women to also find the strength to ignore the antiquated voices and have the confidence to listen to themselves instead.

“You don’t need to please people all the time,” she says, “because that’s when we forget about ourselves.”

Pableo immigrated to Canada in 2006 from her hometown of Cebu in The Philippines.

In Toronto, she found solace in poetry slams, spoken-word workshops and arts collectives that she quickly joined. It wasn’t long before she found the sound and power of her own voice and began performing in drop-in poetry sessions and community events.

Rapping in Tagalog and Cebuano is her own way of representing her community while thumbing her nose at colonial conventions. “I want my fellow Filipino-Canadians (and Filipinos in general) to appreciate the beauty of their own language,” she said in a previous interview. It’s “my form of resistance against hegemony and Eurocentric ideals.”

She also often incorporates traditional instruments played by other members of the Filipino community.

In Mare, Romeo Candido of Toronto-based Pinoy group DATU plays the sarunay, a small gong that sounds like a xylophone, while Kevin Centeno plays the agong, which is basically a big gong, she explains. Lex Junior, AKA Alexander Punzalan, who also produced Mare and is another DATU member, plays the blues guitar. Everyone, including Pableo, are former members of a performance collective called Santa Guerrilla.

Like her Filipino roots, Pableo’s voice is the result of a mixture of cultural and musical influences. From singing in the school choir to listening to pop/rock radio stations to her love affair with Toronto’s rising Hip-Hop scene, Pableo’s sound and voice has become an unwavering flag of Pinoy Pride in the Great North.

Cultural identity – and the reclamation of it as an immigrant – is therefore one of her main artistic drives. That’s why like with many of her other songs, Mare incorporates references to Filipino characters and national heroes.

“We are the modern Gabriela Silang/A Filipina guerrilla with a stubborn, strong heart,” Pableo cries out in the song’s second verse, proudly referencing a female hero of the Filipino-Spanish revolution.

That entire verse includes cultural references that urge Filipino “women to be proud of who they are” and of their cultural heritage.

While Mare is a song about female empowerment and the breakdown of patriarchal stereotypes in general, like the rest of Pableo’s music it is also an attack on the structural challenges that a colonial, capitalist, machista society imposes on women and people of colour.

Having been separated from her childcare-working mother for 21 years while growing up, Pableo knows the fight is not only against gender role stereotypes and disparities, but also against the economic inequalities that help perpetuate the disparities and the financial dependency many women particularly in the Global South, experience.

“For Filipinos, the greatest export is labour in terms of nurses, engineers, teachers, domestic workers and caregivers, and most are women,” she says.

“They are forced by the system to leave their country, leave their children...And it’s because there (is) no opportunity in The Philippines to feed three children as a single mom, because that’s how capitalism (works)...The social divide is so high, it’s like knocking on a brick wall.”

While much work has to be done at the systemic level, one way for women to begin reclaiming cultural and economic autonomy is by being in control of their own choices and bodies, she says.

Giving the example of sex-workers, Pableo says that it isn’t society’s job to judge the person but rather to ensure that they are safe in their chosen profession, and that they have equal opportunities to follow the paths of their own choosing, whatever those may be.

“It’s about self determination,” she says. “If you’re in control of what you’re doing and no one is forcing you how to be and what to be, I think that’s okay.”

As an autonomous, strong woman, Pableo recognizes the importance of self-reflection and owning one’s mistakes, and she knows women are not free of this duty. Accepting “the bad and ugly side of you” will inevitably lead to an honest reappraisal of yourself, something she says is necessary “to self-heal…(and) come out stronger.”

Yet, as one more International Women’s Day comes and goes, it is important to note that the women destroying the patriarchy are still at it, were at it before and will continue being at it until we, men, as a species, not only get it but join them in actively breaking that wall down, too.

That’s why while she recognizes the importance and necessity for men to be allies to women in order to defeat the patriarchy, she stresses that it has to be an honest and self-reflective partnership on both ends, where everyone takes responsibility for themselves.

“I believe men and women need each other, but that shouldn’t take the responsibility away from men” to self-reflect rather than be told how to act, Pableo concludes.

“It’s not women’s responsibility to do that. It has to be the (men’s) responsibility, too. You can influence them, inspire them, but don’t take the work from them. Not doing that emotional labour for someone is an act of self-care. It’s not selfish.”