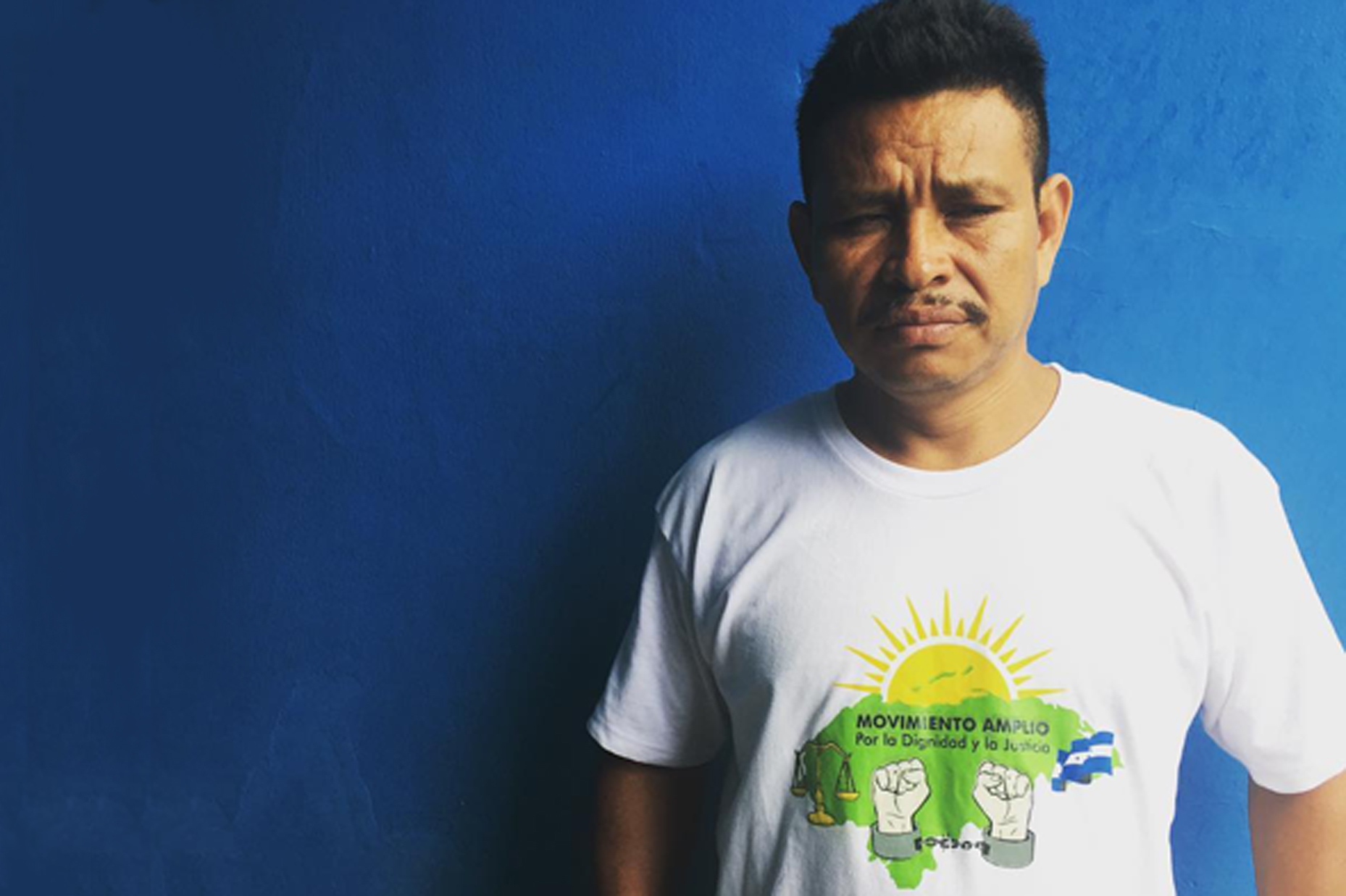 *This is based on the interview given by Jackie McVickar.

Ramon Matute is an Indigenous Tolupan leader from a tribe called San Francisco Locomapa which is in the Department of Yoro in Honduras. At the end of this past February, his dad and his brother, who were part of the Ancestral Authorities in their community who are trying to stop illegal logging, were murdered.

Historically the community had title over a large piece of land. In Central American measurement it was 7.5 caballeria (approximately 290 hectares), that was dated back to a title agreement signed in 1864 by the colonialists and the community. In the 1990’s there were a series of actions that took place, in part pushed by structural adjustment programs and World Bank policies that were trying to measure land extensions in new ways, directly impacting land titles. Those actions resulted in at least half of the community’s land being taken away, only to end up in the hands of the state. Since then, illegal logging has increased, but especially so in the last couple of years.

There’s a conflict that the state perpetuates in the community that is similar to how colonial governments in Canada work. In SF Locomapa the Prevention Council of the Ancestral Authorities are the equivalent of the hereditary chiefs of the First Nations in Canada, and the state defined authorities in Honduras are called the Directive Councils, not unlike the Indian Act Chief and Council system. This has created major conflict between who the state funds and recognizes and who actually represents the people. Logging companies in Honduras have taken advantage of this situation.

The logging companies are working without having meaningfully consulted with the local communities or having guaranteed free, prior and informed consent.  Resistance to the illegal logging has manifested itself through a peaceful camp that was set up with the support of the Broad Movement for Dignity and Justice. Community members have been at the camp trying to stop the logging and that raised the tensions which led to the murders at the end of February.
But just this week, Ramon Matute and his family were threatened once again. So at this point, there’s grave concern that something could happen to him because he’s been such a strong advocate who hasn’t backed down even after his family members were killed. This week somebody entered his home, and they believe it to be the person who killed his dad and his brother. People are very concerned about his life.

I saw him last week in Honduras and that’s when I took that picture. He and his family at this point are in a lot of risk. They are afraid but he’s not going to back down. Earth Day is coming up; we’re thinking about the land defenders who are protecting the world - our environment and our water and our land. People like Ramon and his family are real heroes for what they’re doing and the courage they have is something that is not only inspiring but calls us to work for deeper justice and action on this issue.

The indigenous Tolupan community from the San Francisco Locomapa Tribe have asked for international allies to go to their community. They believe physical presence may help stop the threats and violence being perpetrated against them and could help save the life of Ramon. They need people who will be present and count the number of trees being taken out in trucks every day so that they can try to make the authorities accountable.