A rare space for social movements to reflect and theorize

A rare space for social movements to reflect and theorize 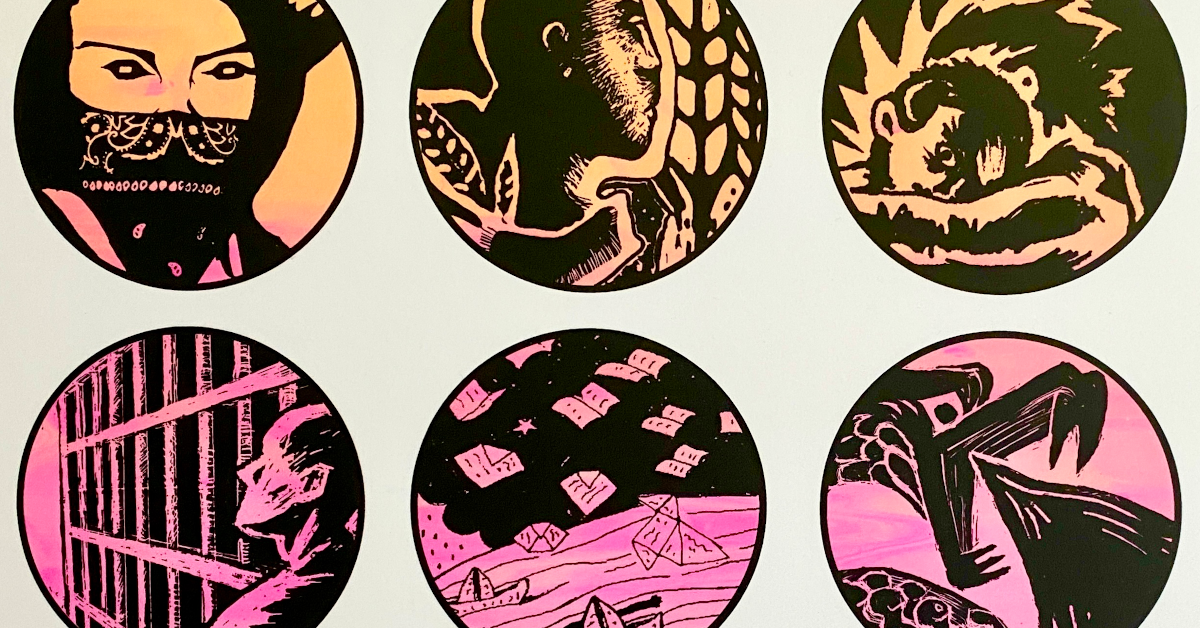 Kieran Hart, Sharmeen Khan, and Temóc Thania Vega are activists and organizers in Toronto. They are also on the editorial collective of Upping the Anti, a print publication that describes itself as “a journal of theory and action.” Scott Neigh interviews them about the importance of ideas and radical theory to struggles for justice and liberation, about the challenges of grassroots media-making, and about Upping the Anti.

There’s an oft-repeated quote from Karl Marx that says, “Philosophers have hitherto only interpreted the world in various ways; the point is to change it.” There is certainly something to how this assertion is commonly understood, with its bold push towards action. Today, whether you look at social media or at so much work done in think-tanks, governments, and universities, you see lots of interpreting, even some that claims to want change, but a serious lack of the kinds of activities that might create change.

At the same time, as Marx knew as well as anyone, interpreting the world and working to change it are deeply interrelated activities. You have to know things about how the social world works in order to be effective at changing it, whether your aim is the mildest of reforms or burn-it-all-down transformation. And in the course of struggle, you invariably learn new things.

Despite that, in our current moment we have relatively few spaces for thinking deeply and reflecting at length at that juncture of theory and action. The pace of social media is too frenetic, the pressures of academia mean that only a few tiny corners allow for such things, and autonomous “infrastructure of dissent” is in a sorry state.

Today’s guests share histories of grassroots political work that span global justice, worker, migrant justice, anti-war, harm reduction, anti-poverty, anti-fascist, student, Indigenous solidarity, Palestine solidarity, and many other struggles. They also share a commitment to the idea that all of these struggles can be strengthened through collective reflection and debate.

When it was founded in 2005, Upping the Anti was envisioned as a space to do exactly this sort of deep, honest thinking about the kinds of theoretical questions that are relevant to movements. Moreover, the aim was to do this in a non-sectarian way. Rather than advancing a singular political line, it aimed to bring together the currents of anti-capitalism, anti-oppression, and anti-imperialism, and to be open to the insights of longstanding radical traditions like socialism, anarchism, communism, and a range of liberation struggles. It was meant as a space not to provide answers or to pretend to have blueprints for radical change, but to ask questions, to reflect, to debate, and to explore.

Originally (and very ambitiously) intended as a monthly publication, it has mostly published twice a year, and recently just once a year. Each issue includes articles, interviews, roundtables, and book reviews. Each time, there is a scramble to raise the money to cover printings costs. And each time, they manage it and keep moving forward.

The journal has a reputation for making its contributors work hard – for sinking generous amounts of editorial labour into working with authors new to this kind of writing, and also for pushing those coming from a more academic place to reorient their work towards struggles on the ground.

Issue 22 of Upping the Anti will be out soon. A particularly internationalist issue, it includes pieces about recent uprisings in Chile, Indigenous struggles in Oaxaca, Mexico, anti-fascist organizing in Hungary, organizing by workers with critical socialist politics in China, and a roundtable on anti-imperialist solidarity and alignment with left struggles in the Global South. Closer to home, it also includes content on youth climate organizing in Canada, teacher organizing in Ontario, the unsuccessful movement for a provincial general strike in BC in the early 2000s, and more.

Of course, not everyone in movements is convinced that it is worth the effort required to write, and to read, radical theory, even when that theory is explicitly grounded in struggle. Khan counters, “Sometimes being able to reflect on the decisions we make politically, on the theory behind it, not only makes our particular organizing of an issue stronger. But when we share that, I feel that it strengthens everyone’s activism, everyone’s organizing.”

Talking Radical Radio is brought to you by Scott Neigh, a writer, media producer, and activist based in Hamilton Ontario, and the author of two books examining Canadian history through the stories of activists. Scott is also a long-time advisory board member of Upping the Anti.