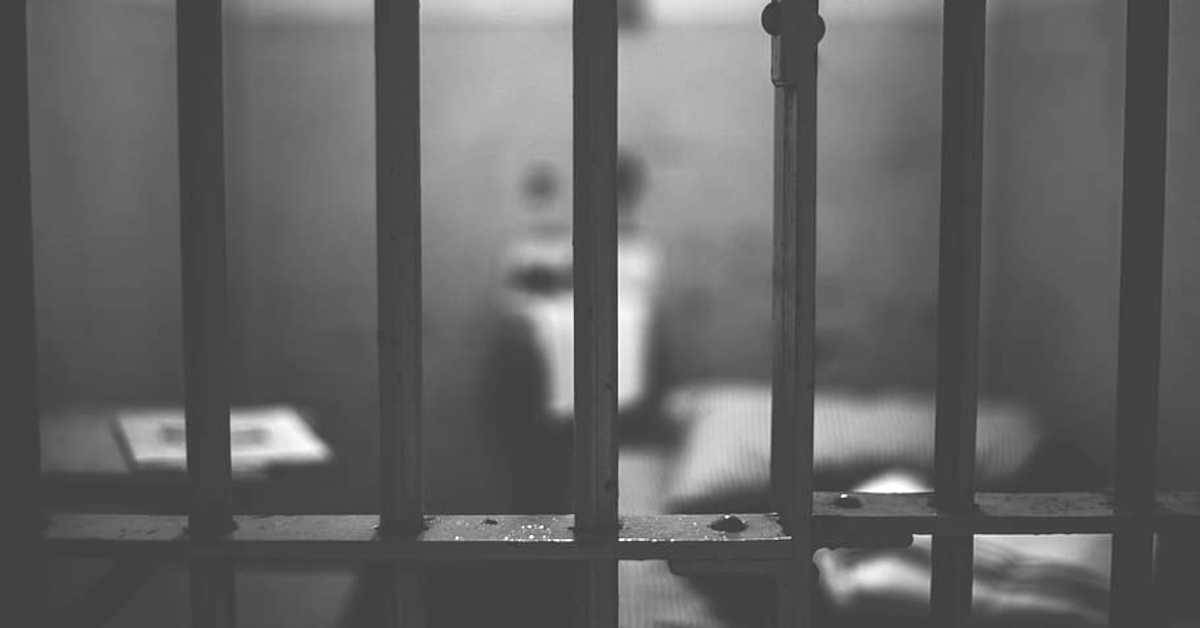 James Ruston is a member of the Toronto Prisoners’ Rights Project (TPRP), a prisoner justice group with a long-term vision of prison abolition. He is currently living on day parole, as part of serving a life sentence. Scott Neigh interviews him about his experiences of the prison system and about the work of the TPRP.

Ruston was born in the early 1970s and grew up in the small suburban city of Burlington, Ontario. As a teen, he was what you might describe as troubled. As a kid, he had seen his older brother die in an accident right in front of him, and he had never had the right supports to deal with that trauma. His separated parents were loving, but there was also plenty of dysfunction to go around. As he put it, “I started to get into a little bit of mischief – a couple of property offenses, a break and enter. I went joy riding in cars.”

When he was 17, he and a friend at the time came up with a plan that they saw as a way to escape – they would rob someone. In the course of the robbery, said former friend, according to Ruston, “got carried away and wound up beating the victim to death.” Caught a week later, Ruston was tried as an adult, and ultimately sentenced to life with the opportunity to apply for parole after 25 years.

Inside, Ruston had more supports than many prisoners, including a supportive family that stayed connected, and access to counselling. He took advantage of educational resources and kept himself physically fit. But even so, whatever rhetoric its proponents might spin about prison as a site of rehabilitation, in reality, prison causes harm and trauma. Despite his best efforts, after several years inside, he developed a pattern of sometimes using drugs as a way to manage that trauma.

At some point along the way, Ruston’s sentence was reduced on appeal from “life 25” to “life 10,” meaning he was eligible for parole earlier. On multiple occasions, however, his eligibility for parole was postponed or his parole itself was revoked because he fell into patterns of substance use that he had developed precisely as a response to the trauma of prison.

Currently, Ruston has been out on day parole for about two years. He has worked tremendously hard developing a variety of strategies to deal with his circumstances, including meditation, yoga, and music. Another important element, for him, as for many people dealing with the impacts of a long prison sentence, has been human connection and relationships – things that prison actively destroys and discourages. An important source of that for him has been his involvement in the TPRP.

According to the group’s website, it brings together former prisoners, the loved ones of prisoners, and a range of other activists “to shed light on the harms caused by incarceration and connect prisoners with social, financial, legal and health supports. We are committed to abolition and building sustainable communities rooted in community care, transformative justice, and accountability.”

The organization has numerous projects on the go – a regularly updated resource guide for prisoners, a crowdfunded pandemic emergency support fund for prisoners, a recently completed food box program for prisoners who are on parole or the families of prisoners, a range of public advocacy campaigns (including actively supporting people on the inside when they take collective action), a webinar series, and lots more. Ruston has been involved in a few different TPRP-related initiatives, including a City of Toronto-funded effort to paint large murals in overpoliced, underserviced neighbourhoods in the city. He has also been involved in working as part of an interview-based research project on the human rights impacts of COVID protocols in prisons, and he regularly does speaking engagements about his experiences.

Ruston describes prison as a “harming system” that damages people and communities, and that doesn’t make anybody any safer. He acknowledges that the abolitionist vision of a future without prisons can be a challenging one. He said, “the answer, I think, lies upstream, so to speak.”

He continued, “The decisions people make that entangle them with the criminal justice system – these decisions aren’t made in a vacuum, these decisions are made in the context of social circumstances that are happening in the community. Probably one of the greatest influencers, I think, is the economic divide that we see. We know that our prisons are way overpopulated by people who are poor, by Indigenous folks, by Black folks. We’ve been blaming the people for the decisions they’ve made to steal, rather than looking at the conditions which we have forced them into.”

He said, “I think if we put any human being in a desperate, disparaging condition, you’re going to get a very similar reaction from everyone. It makes life difficult. And when life becomes increasingly difficult for people, that’s when it becomes difficult for people to make healthy choices, when people are extremely stressed, or traumatized. Which is most of the population of prison. All of the guys that I’ve met in prison over all the years that I’ve served – 26 of the last 32 years – have some sort of trauma, neglect, or abuse in their history, [which are] the conditions that they’ve made these choices in.”

“It’s easy for people who have done well to think of our society and our system as working,” Ruston continued, “because it’s worked for them. And I don’t think people realize that there’s a reciprocal to that, and for everyone who is doing very, very well, that’s taken resources away from people who are now not doing well.” A key element of the abolitionist vision is social transformation that undoes these many economic, racial, and colonial injustices. “Every day I see on the news another high ranking politician or corporation that is somehow subverting the system in order to capitalize financially, or to avoid taking responsibility for environmental destruction. … I think we need to really seriously revamp some of those conditions.”

He concluded, “You just need to put, you know, one Clifford Olson or one Paul Bernardo on the news, and everybody’s running to build another jail or another prison. But in reality, we’re putting our families in there – our grandparents are in there, our children, our brothers and sisters. You know, these are us we’re putting in there. And they’re gonna come back out. … We put people in there with the idea that they’re going to somehow become better people from it, but we actually harm them and people get more serious mental health issues, you know, PTSD.”