Despite Trudeau’s usual rhetoric of diversity and welcoming newcomers on Canada Day, Canada is closing its doors on thousands more refugees under C-97 reforms.
by
Stacey Gomez 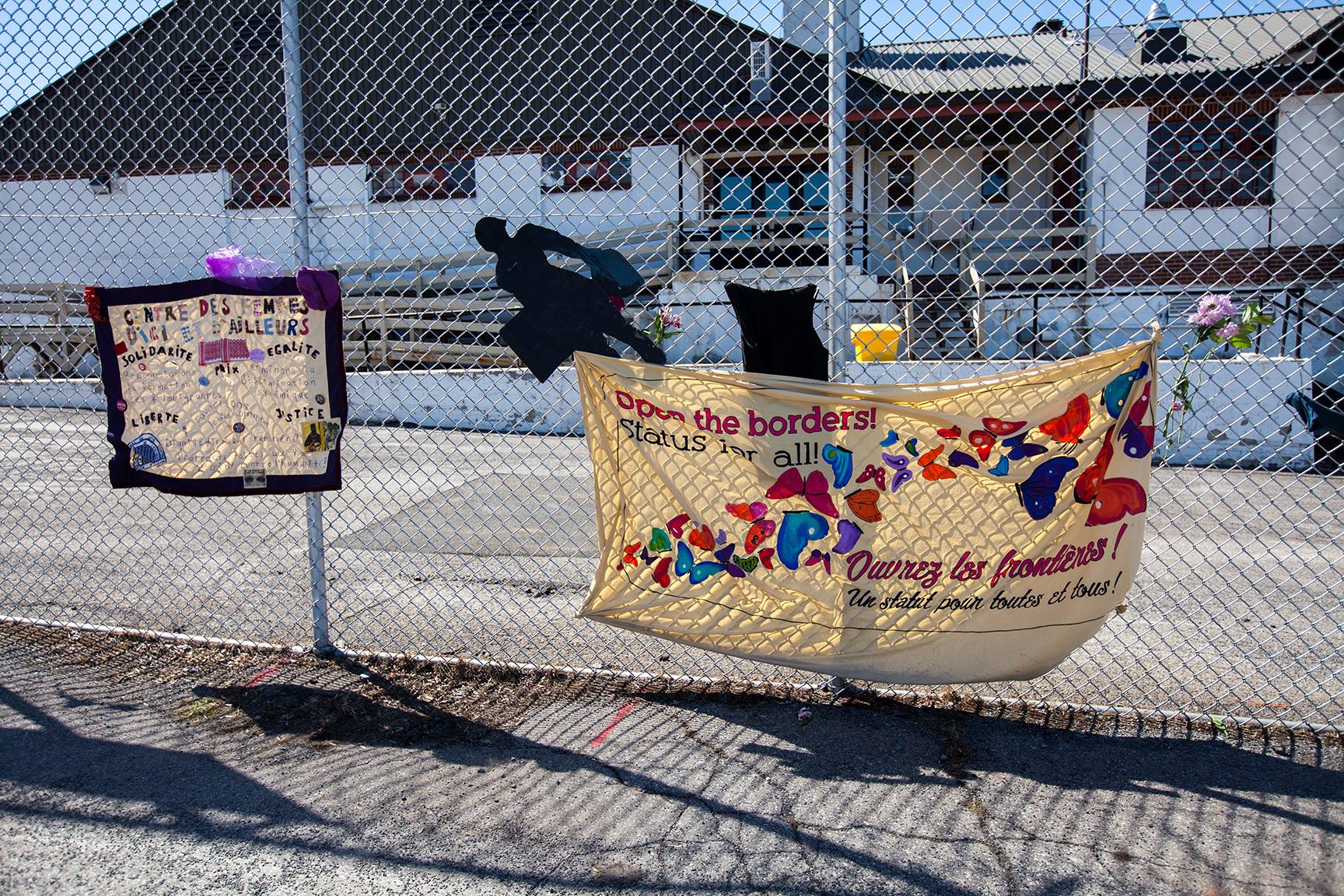 Montreal / Halifax, 1 July 2019 - Solidarity Across Borders and No One Is Illegal - Halifax/K’jipuktuk are speaking out against an underhanded attack on refugees and migrants in the Liberal government’s omnibus budget bill (C-97), which passed on June 20. Despite Trudeau’s usual rhetoric of diversity and welcoming newcomers on Canada Day, Canada is closing its doors on thousands more refugees under C-97 reforms.

“This attack on refugees and migrants signifies the escalation of a racist and exclusionary immigration policy, which goes hand and hand with the ongoing genocide of Indigenous peoples by the Canadian state,” said Stacey Gomez from No One Is Illegal - Halifax/K’jipuktuk

C-97 introduces major changes to Canada’s Immigration and Refugee Protection Act, including Canada’s refugee determination system. Asylum-seekers who have previously filed a refugee claim in a country with whom Canada has an information-sharing agreement would be prohibited from seeking protection here. Currently, the list includes the U.K., Australia, New Zealand and most notably the U.S. If deemed ineligible on this criteria, they would be refused a refugee hearing in front of the Immigration and Refugee Board (IRB).

“While Canada’s refugee system is deeply problematic, it at least offers a door to some people, excluded from all other immigration categories, who are trying to find a safe home for themselves and their children. This door is now closed to a particularly vulnerable group of people - those who have already tried to find a safe haven in another country,” said R. Mehreen, a member of Solidarity Across Borders.

The Liberal government has also signalled its intention to expand the Canada-U.S. Safe Third Country Agreement (STCA) which currently prohibits most asylum claims at Canada’s official ports of entry from the U.S. The amended STCA would also prevent people crossing the Canada-U.S border irregularly (outside of the official ports) from being able to seek asylum. Migrant justice groups have long called for an end to the agreement, stressing both that the U.S. is not a safe country for refugees and that Canada has a responsibility towards those displaced by the poverty and violence its mining companies and foreign policy have helped create.

“C-97, along with the looming threat of an extended STCA, will reinforce Canada’s virtual border wall. With these measures in place, thousands more people will be prevented from seeking safety, will be deported, separated from their families, or forced underground,” added Mehreen.

Neither the changes legislated by C-97 nor the extended STCA will stop people from crossing the border. People will continue to come, but with more danger, greater exploitation, vulnerability, and less dignity.

Globally, there is a rise in the number of people forced to migrate due to dispossession and displacement.

June 28, which marks the 10 year anniversary of the Honduran coup, is a reminder of the responsibility Canada bears for forced migration from Central America. Canada’s role in Honduras has included the legitimization of the coup government in 2009 and subsequent fraudulent elections that brought the dictator Juan Orlando Hernandez to power, funding of security forces and investigative units to a repressive state, and the backing of foreign investment in the sectors such as megatourism and mining that have dispossessed people of their lands and livelihoods.

Recently, the United Nations asked Canada to do its part and resettle some of the most vulnerable Central American refugees waiting in Mexico, particularly women, children and LGBTQ people. Ottawa has yet to respond.

No One Is Illegal - Halifax/K’jipuktuk and Solidarity Across Borders strongly oppose the anti-(im)migrant provisions legislated through Bill C-97 and urge communities to continue to take concrete actions in solidarity with migrants navigating their way through Canadian legal barriers amid heightened risk.

‪We support open borders and the free movement of people seeking justice and dignity; that is, we assert freedom to move, freedom to return, and freedom to stay.‬

No One Is Illegal - Halifax/K’jipuktuk: Stacey Gomez stacey.j.gomez [at] gmail.com

For more information on Solidarity Across Borders: solidarityacrossborders.org