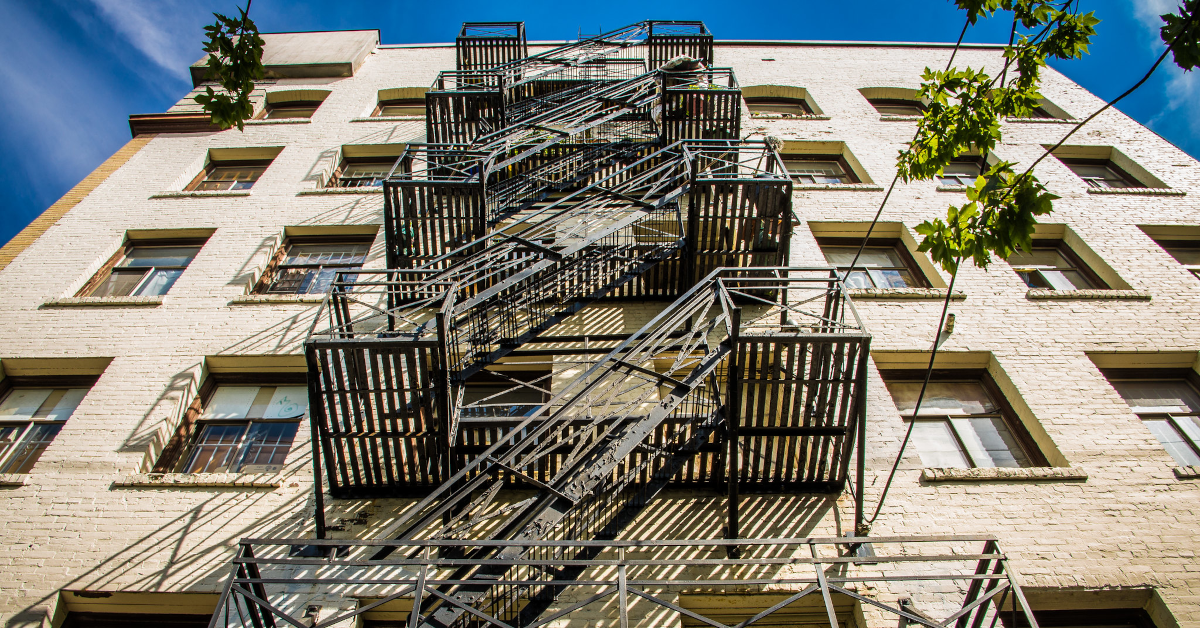 James Barbeiro is a chef who lives in Sinixt territory in Nelson, British Columbia. Jen works in the social service sector and lives in Secwepmc territory, in Kamloops, BC. Both are tenants and tenant organizers. Scott Neigh interviews them about Rent Strike Bargain, a province-wide campaign in BC that is fighting for the right of tenants to collectively bargain with landlords, and that is also active in supporting the recent upsurge in local organizing by tenants.

Rental housing in BC is the most expensive in Canada. In 2021, a two-bedroom apartment in Vancouver averaged almost $3000/month. While Vancouver is particularly expensive, the average cost of a one-bedroom unit in the province as a whole was still over $2100/month. Whether you are working for a wage in the lower end of the labour market or on some form of social assistance, rents of that magnitude fall somewhere between “unaffordable” and “completely unaffordable.”

James said, “realistically, renting could work for a lot of people, but the way it is designed now, it just really doesn’t.” In his experience, “I think most tenants feel the ultimate issue is that [housing] is too expensive, for not all that much.”

He continued, “Tenants are living in a housing system that takes all of the agency from their lives when it comes to housing,” and he described this situation as “dehumanizing.” Not only does it exclude many, many people from even the dream of owning a home, it forces many renters to live in circumstances that they would never have voluntarily chosen in terms of safety, location, unit type, quality, who they live with, and so much else. Often, the housing at the more affordable end of the range is in lousy condition. Though there are limits to how much landlords can raise rents on existing tenants, rent on vacant units is not controlled, and landlords have lots of tactics to displace people so they can hike up the rents. Whether it is about affordability, precarity, quality, or just being subject to landlords’ power, Jen used words like “pressure”, “insecurity”, and “anxiety” to describe the experience of being a tenant in BC.

However, there is a long history of BC tenants working together to fight for change, including through tenants unions. In the last few years, such organizations seem to be enjoying a resurgence. After its founding in 2017, the Vancouver Tenants Union heard from so many people from elsewhere in the province who had questions, needed support, or wanted to get involved that they decided to found a provincial organization – Rent Strike Bargain.

Rent Strike Bargain’s work includes supporting the founding of new tenants unions, connecting tenants unions from different communities, and connecting individual tenants with each other, which can be particularly important in smaller centres. They are developing a toolkit for renters to use in getting organized, which will launch soon. And they can sometimes offer concrete support – Jen, for instance, made the lengthy trip from Kamloops to Nelson to help do a know-your-rights workshop, an important early event in getting the Nelson Tenants Union started.

Their main focus for the moment, however, is fighting for collective bargaining rights for tenants. They are supportive of a range of measures that would improve the situation of tenants, but are aware of far too many instances where policies that sound good in theory are implemented in ways that do not actually do very much, particularly when tenants do not have the collective power to give them teeth. James said, for examples, “Rent controls and vacancy controls can be really effective, but can sometimes get all of the meaning stripped out of them, without the protections from collective bargaining.”

According to Jen, the group’s understanding is that “tenants already have that right through the nature of the relationships” – that is, they see the right to collective bargaining as flowing from the inherent power imbalance in the landlord/renter relationship and the common experience among tenants subject to the power of a given landlord or group of landlords, in a way analogous to the right to collective bargaining in the workplace for workers. With that in mind, labour organizations both large and small have been supporting the campaign, and one of Rent Strike Bargain’s slogans is “A union at work. A union at home.”

The group is taking three different kinds of action to assert the right to collectively bargain. The first is direct action – as more tenants form tenant unions, build collective power, and engage in struggle, including via things like rent strikes, the overall demand for collective bargaining rights is getting harder to ignore. A second pathway is through judicial mechanisms, and the group is on the lookout for possible test cases. And finally, there is public campaigning for legislative change – they have been meeting regularly with provincial officials, and both their online platform and the growing strength of tenants in local communities are helping to mobilize support for this side of the work.

So far, they have seen an entirely predictable lack of enthusiasm, and often open hostility, from landlords. But according to James, tenants he has talked to have for the most part been “pretty stoked about the whole idea.” Some are worried about reprisals from landlords if they get involved, and even beyond that, he said, “It’s tough, because tenants have to sacrifice so much of their own time to just be able to have the roof over their head in the first place, that also engaging in organizing then becomes, like, really above and beyond.”

But Jen said, “Every movement lives and dies on people’s individual connections and investments, and what we’re seeing with the amount of emails and interest we’re getting from renters all around territories in the jurisdiction of BC is just – there’s so much interest and people are in such tough situations.” She said that tenants’ right to collective bargaining “is just something that, with the current housing crisis, people need more than ever, and frankly are not hesitating to assert.”