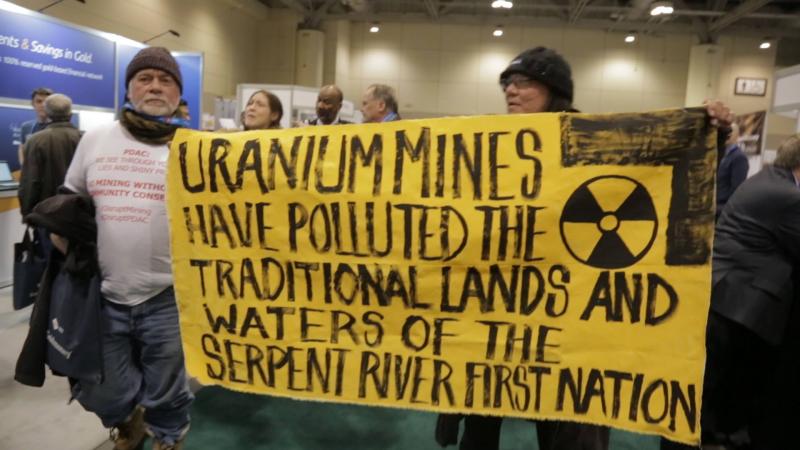 On the first day of PDAC’s 2017 gathering, March 5, a small group of Indigenous activists and allies unveiled a banner at the booth of Denison Mines, a uranium company with a shared responsibility for the devastation of the Serpent River watershed (Anishinaabe / Ojibway territory, northern Ontario).

Few in Toronto know about PDAC (Prospectors and Developers Association of Canada), the world's largest mining conference. The conference, held annually in downtown Toronto where many international miners are based, perennially paints the industry as ethical, environmentally responsible, and profitable. But mining corporations are known worldwide for human rights abuses and environmental disasters.

While Denison’s mining operation has now ceased, it has left behind than 60 million tonnes of radioactive tailings waste that must be monitored and isolated from the environment in perpetuity. For raising their concerns, including a lack of consent for mining on their territories, and for displaying cloth banners, the activists were escorted out of the conference by private security and Toronto police.

Video by Michael Toledano. No commercial use without consent.