Up Against the Blue Wall: Police “Oversight” and the Weaponizing of Reform

Up Against the Blue Wall: Police “Oversight” and the Weaponizing of Reform 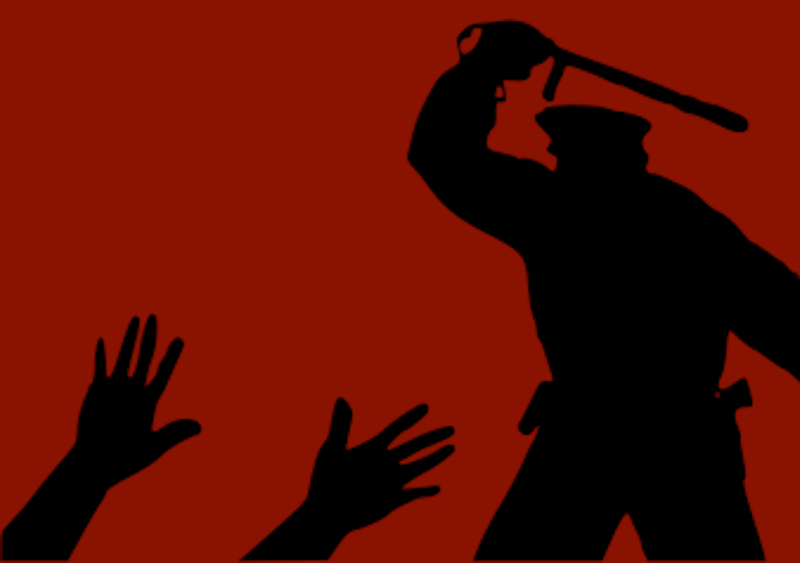 Only a few police agencies in Canada are subject to any oversight or mechanism of accountability. Even those are not independent or civilian bodies. The Special Investigations Unit (SIU) in Ontario is often presented as the model example for civilian oversight of the police. The SIU oversees municipal, regional and provincial police in Ontario but does not investigate the federal police, such as the Royal Canadian Mounted Police (RCMP) or First Nations constables or Canadian Forces Military Police. The SIU is responsible for investigating all cases in which police officers are involved in the serious injury or death of civilians.

Despite its place as a model for civilian oversight, the SIU, throughout its history, has had a reputation of pro-police bias or being soft on police. For almost a quarter century, the SIU has also been subject to interference, obstruction, and lack of cooperation by police agencies at all levels. A range of ongoing problems have left the SIU what some have termed a “toothless tiger.”

Documents obtained by the Toronto Star in 2010 showed that over its nearly three decade existence, the SIU has conducted at least 3400 investigations but laid criminal charges following a mere 95 of them. While the SIU does not track what happens to those it charges, the Star found that only 16 officers have been convicted of a crime after a SIU investigation. Incredibly, only three have seen the inside of a jail.

A 2020 report found that across Canada, charges were laid or forwarded to Crown prosecutors for consideration in only three to nine per cent of the cases undertaken by the provincial agencies. Since 2018, the Special Investigations Unit closed 416 cases and charged officers in 15 of them.

Critics contend that the SIU has been regularly unable to perform its stated function as a direct result of police interference. Even more, this interference and obstruction is explicitly condoned and, in many cases, even encouraged by police associations. Numerous studies and reports over the decades have found substantial evidence bearing out these concerns.

Then-Ontario Ombudsperson, and former SIU director, Andre Marin authored a 2008 report on the SIU entitled “Oversight Unseen” which was the subject of much attention and which generated a great deal of discussion. In it, Marin identified a number of serious issues impacting the efficiency and effectiveness of the SIU and calling the unit’s work into some question. Even more damning was what the report had to say about police agencies and their respect, or more accurately their lack of respect, for public oversight and accountability to the public. Marin was led to conclude that the SIU was a “toothless tiger.”

The disturbing issues highlighted by Marin are numerous. They include delays in notification to SIU by police forces regarding incidents; resistance by subject and witness officers toward disclosing their notes without prior vetting by a lawyer; sharing of legal counsel by the suspect officer and witness officers; and resistance by police officers to submit to SIU interviews.

Critics of police conduct with regard to the SIU note that a delay in the delivery to investigators of notes and interviews with officers can produce a protracted and weakened investigation. Marin spoke to the issue of delayed notification to the SIU in a 2011 interview with newsmagazine W5. As he explained his concerns at that time: “when the legislation says immediate notification, how can you be more clear than the word immediate … if a police agency decides to call three days later, they’ll get I presume a complaint letter from the SIU which will or will not be answered. But there’s no consequence for that police agency.” In the 2008 report, Marin reasoned for more prompt interviews with witness officers. He reaffirmed this years later. In 2011 he asserted that “our investigation found that the problem of delayed witness officer interviews has persisted [over decades] to this day, and continues to compromise the integrity of the SIU’s investigative process.”

The impact of delays is significant and dramatic compared with a more forthright process by police. Marin suggests, for SIU investigations in which police are cooperative: “SIU cases with the right level of co-operation should always be resolved in a matter of days, not weeks and months.”

A few years after the Marin report, former Chief Justice LeSage undertook a 15-month review of the SIU and police relations. His 2011 report also called for several significant changes to investigative procedures, including the recommendation that witness officers and subject officers be prohibited from sharing legal counsel. Lesage further recommended that officers involved in a SIU investigation not be allowed to communicate with each other about the incident.

Notions of independence are inaccurate. Investigations still rely on police. For the SIU, three of 13 lead investigators in 2020 were former officers. Even worse, in terms of “as-needed” investigators, 23 out of 28 have backgrounds as police. All 10 of the SIU’s forensics investigators have worked at police agencies.

Police Are the Root of the Problem

The root of problems facing the SIU, as for all attempts to investigate police for acts of violence and killings, as for acts of misconduct more generally, is the police themselves as an institution. More specifically, the problem is the institutional culture, a dual sense of both entitlement and misplaced victimology (being put upon by a community “out to get them”) expressed by the police. This is the infamous “blue wall” of police silence and secrecy identified and discussed by criminologists. According to Marin, “the police unions take control of the situation…they will defend and protect members regardless of whether or not they believe that person has committed a wrong doing.” Indeed, numerous studies of the SIU have identified and highlighted the presence and impacts of the blue wall in interfering with, impeding, and negatively impacting investigatory attempts.

Marin’s observations echoed an earlier study on the SIU done for the Attorney General. In this 2003 study, retired Justice George Adams also referenced explicitly “the difficulty for the SIU has been in dealing with the PAO [Police Association of Ontario].” As recently as July, 2015 serious questions were raised following a decision not to lay charges against the officer involved in the September 2014 killing by police of Jermaine Carby (33) in Brampton, Ontario. In this case, Peel Regional Police have maintained a veil of secrecy around the officer who removed a key piece of evidence from the scene of the fatal police shooting.

As Marin has concluded: “The director of the SIU cannot cause consequences to happen to police agencies who thumb their nose to civilian oversight. So that’s where the rest of government needs to come in and they’ve been rather invisible through all of this.” Such are the limits of investigation of police given the nature of police institutions and their organizational and political power. The result is to allow murderous institutions significant leeway in eluding investigators and avoiding meaningful consequences for their murderous activities. They wield a power unlike any other social institution.

In his annual ombudsperson’s report released July 28, 2015, Marin called on the Government of Ontario to give the Special Investigations Unit more power to charge police who fail to co-operate with SIU investigations. Marin argued again that the provincial government should explicitly outlaw police from impeding SIU investigations. As has been the case in responses by numerous governments of various parties, then-Attorney-General Madeleine Meilleur (Liberal) avoided questions related to giving the SIU more power.

Abolitionists have regularly pointed out the pitfalls of reforms, and how reforms are recouped and distorted by governments to buttress and expand policing. On March 26, 2019, the Conservative government in Ontario passed the Comprehensive Ontario Police Services Act, 2019.  The new legislation replaced Bill 175, which had been introduced by the previous Liberal government. That bill had somewhat strengthened the mandates of Ontario’s existing oversight agencies, including the SIU, the Office of the Independent Police Review Director (OIPRD) and the Ontario Civilian Police Commission (OCPC). The new law scraps the OCPC and turns the OIPRD into the Law Enforcement Complaints Agency (LECA), which now receives and screens public complaints involving police officers.

In its statement on the legislation, the government said Bill 175 “treated police with suspicion while making it more difficult for them to do their jobs.”

The government further reinforced its promotion of police repression with copaganda statements from ministers. Sylvia Jones, Minister of Community Safety and Correctional Services said: “Each and every day our police officers put their lives on the line to protect us. Police have our back. And now their government has theirs.”

The government used calls for reform to police oversight agencies and practices to make that already limited oversight even weaker. Community concerns about transparency and accountability in oversight practices were used to justify reforms that further empowered police. The government’s changes to the SIU did require the agency to complete investigations within four months of the initial incident or report.

At the same time, though, the reforms restrict SIU investigations to police use-of-force, arrests, or motor-vehicle pursuits that result in serious injury or death, when an officer discharges a firearm, or when there is an allegation of sexual assault. In all other instances, responsibility for investigations rests with chiefs of police and “other designated authorities” who might notify the SIU if they “reasonably believe” that an office’s actions resulted in the injury or death.

Attorney General Caroline Mulroney made clear that this was a weaponizing of calls for reform. And that these reforms were directed not at addressing police activity, but at reformers:

“We are taking strong, balanced and fair action to restore accountability and trust in a police oversight system that has left the people of Ontario and the police in the dark for far too long. These changes will provide police with the tools they need to keep our communities safe and focus the SIU's investigative resources where they are needed most, on criminal activity.”

For the government, community safety means the state protecting the state. In the words of Minister of Community Safety and Correctional Services, Sylvia Jones:

“The security of the people will always be a priority for this government, and we believe that our police forces are the cornerstone of our community safety. These everyday heroes should not be treated with suspicion and scorn. Instead, they deserve our gratitude and respect. By treating police with respect, we're creating a foundation for a strengthened relationship between officers and the communities they serve.”

This is the weaponizing of reform against communities. And like policing itself, this weaponized reform disproportionately targets and harms Black and Indigenous people and communities. While the SIU only began keeping race-based data at the end of 2020, the Ontario Human Rights Commission has been examining SIU data and released an in 2018. Examining racial profiling and interactions between police and Toronto residents who are Black, the Commission found that while 8.8 percent of residents are Black, the SIU data showed “Black people were overrepresented in use-of-force cases (28.8 per cent), shootings (36 per cent), deadly encounters (61.5 per cent) and fatal shootings (70 per cent).” This is what weaponized oversight reforms are protecting.