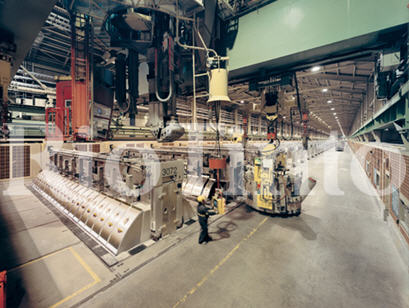 Paraguay's major newspaper is reporting today that the government of Paraguay--which came to power after a coup on June 22--has agreed to resume negotiations with Montreal-based Rio Tinto Alcan for a $4 billion aluminum plant.

The announcement follows a coup that led to the deposition of President Fernando Lugo, who was replaced by Federico Franco, head of the right-wing Paraguayan Liberal Party. Corporate media have called the coup a "lightning-quick impeachment," but Lugo himself has said his removal constitutes an "institutional coup." He was deposed after a rapid political trial which took place over a total of 32 hours.

According to Lugo, the coup was the work of a handful of economic elites and members of the political old guard. It appears there are Canadians among those preparing to make good off of the political upheaval in Paraguay.

Prior to the coup, Montreal based Rio Tinto Alcan was in negotiations with the Lugo government regarding the company's plans to build an aluminum smelter in Paraguay. Talks, however, had stalled because of a disagreement on the price Rio Tinto Alcan would pay for energy.

"Evidently there were negotiations between Lugo's government and Rio Tinto [Alcan], not negotiations as to whether we would permit the arrival or Rio Tinto [Alcan] or not," Abel Enrique Irala, a researcher with the Paraguay Peace and Justice Service (Serapaj) told the Media Co-op this morning from the capital, AsunciÃ³n. "The arrival of the company was a given. The negotiations were about the use of energy and the price or subsidy that the company would be granted to the transnational."

Irala noted that the negotiations were advancing slowly, and were becoming increasingly part of a national public debate. "Now, with Franco in power, the negotiations are closed, taking place behind four walls as we say here, and will certainly happen more quickly," said Irala. "The government will certainly be more charitable towards Rio Tinto Alcan and their work in the country."

Reuters reported last week that since the swearing in of the new finance minister following the coup, the government planned to sign a decree shortly to allow the resumption of negotiations regarding the smelter. That decree passed today, authorizing the coup government to negotiate with Rio Tinto Alcan.

Rio Tinto Alcan doesn't appear to be the only corporation taking advantage of Lugo's ouster. "One can deduce that [Franco] has already met with regional, national and international business people, who represent transnational power," said Irala.