Why Are Prosecutors Still Fighting Cannabis Activists On The Eve Of Legalization?

Why Are Prosecutors Still Fighting Cannabis Activists On The Eve Of Legalization? 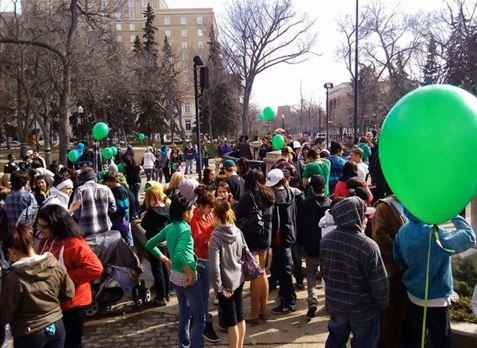 UPDATE: UNDER PRESSURE FROM THE CANNABIS MOVEMENT, THE CROWN DROPPED THE APPEAL THIS MORNING (Dec. 14, 2017)

A few days before the legalization rally for April 20, 2016 I received a large bag of cannabis seeds in the mail, courtesy of Dana Larson's Overgrow Canada Seed Giveaway, which is, incidentally, still actively giving away free seeds to anyone wanting to plant a 'victory garden' in the lead up to legalization.

Me and some friends spent a few hours separating them into smaller bags with a small handful in each and on 4/20 we went to what we thought would be the last legalization rally in Canada.

I handed out small bags of cannabis seeds around Victoria Park and did a few interviews with local media, mentioning what I was doing and also talking about the ongoing UN Summit On Drugs that was happening that weekend. I had no issues with the police relating to the seed giveaway at any point during or after the event.

But for Dana Larson himself, a different story. In April 2016 he was charged with  trafficking in marijuana seeds, and possession of marijuana seeds for the purpose of trafficking, but after many delays the case was thrown out by Judge A.J. Brown on Nov 15, 2017.

Only to be appealed by Calgary Prosecutor Levi Cammack immediately after.

According to Dana Larson's  Facebook Post on Dec. 11, VPD just came by my house to formally serve me with the notice of appeal for my seed charges in Calgary. The officers were friendly and polite, but I still feel better when they aren't around.

It would be the last cannabis legalization rally in Canada because, as far as we knew, Justin Trudeau's Liberal Party won the election in 2015, largely with the help of Canada's cannabis community , including Dana Larson and also Marc and Jodie Emery's Cannabis Culture organization, NORML Canada and the 'Erb For Herb' national 420 organizers, all drawn in by the promise of legalization.

We were convinced that the next 4/20 would be a victory party.

It has been slow progress since then, and police have intensified enforcement of the outgoing law when we should have expected them to be phasing it out. Many compassion clubs, vapour lounges and dispensaries that were left alone under Stephen Harper's ostensibly anti-cannabis Conservative Government find themselves being aggressively shut down only now that legalization is supposedly around the corner.