RCMP Arrest Gitxsan Land Defenders and Chiefs Along With Their Allies, and a Journalist (Feb 24, 2020)

RCMP Arrest Gitxsan Land Defenders and Chiefs Along With Their Allies, and a Journalist (Feb 24, 2020) 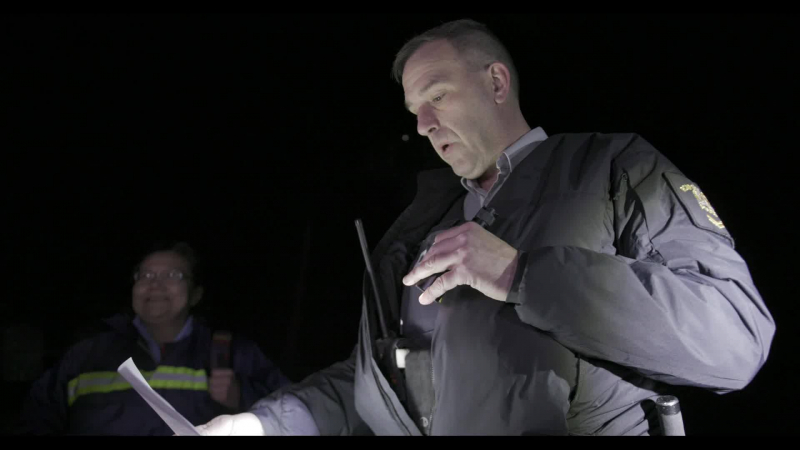 The Media Co-op published a video report last week of the blockade on unceded Gitxsan territory, taking you inside the 8 hour stand-off on Feb 24, as Gitxsan community members backed by their allies held their ground against the BC RCMP. The new report published here contains unreleased footage of the lead-up to those events, ending with the arrest of journalist and filmmaker Melissa Cox.

That evening, the British Columbian Royal Canadian Mounted Police (BC RCMP), along with their Division Liaison Team (DLT) – a unit that specializes in “Aboriginal relations” – invaded unceded Gitxsan territory and arrested 13 people. One arrest was made earlier in the day. Gitxsan Hereditary Chiefs Spookw, Gwininitxw, and Dawamuux were among the 13 people arrested. Fourteen arrests in total were made that day.

The Gitxsan hereditary chiefs, together with hereditary chiefs from the Wet'suwet'en nation, were plaintiffs in the landmark Delgamuukw-Gisday'wa court case. The Supreme Court of Canada found that Aboriginal title had never been extinguished over 55,000 km2 of Gitxsan and Wet'suwet'en land.

My statement now on the arrest: "It was clear to me that police arrested me to prevent me from documenting the arrest of 71 year-old Head House Chief and Matriarch Gwininitxw (Yvonne Lattie) on her own territory. I had no opportunity to leave the scene or to reposition myself. While reporting on Wet’suwet’en and Gitxsan Territories I have witnessed alarming levels of violent state repression of independent media. Since beginning to report on this issue of immense public importance, myself and my colleagues have been detained, repeatedly threatened with arrest, had our access limited by the imposition of an “illegal” exclusion zone, and have been told what we can and cannot document (which included threats of arrest from RCMP if we documented tactical teams). A free press is essential to a functioning democracy and is a pillar for peace. The repression of journalists covering this story across Canada is being enacted by police forces everywhere you look. The way that I was treated made me feel as if I was a target that needed to be neutralized.”