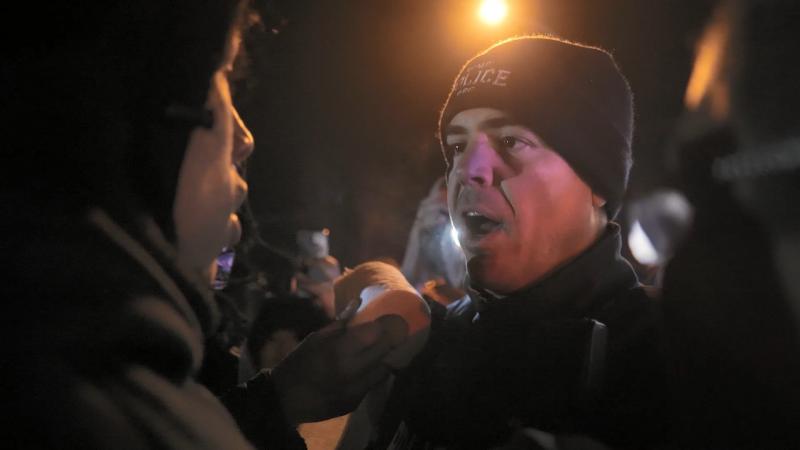 On Feb 24, Gitxsan Hereditary Chiefs Spookw, Gwininitxw, and Dawamuux were arrested at a Wet'suwet'en and Mohawk solidarity blockade on the CN rail tracks that run through unceded Spookw territory in the town of New Hazelton, British Columbia.

14 arrests were made in total, including journalist and filmmaker Melissa Cox who contributed footage to this video report.

When Gitxsan community members learned of the arrests, they blocked Highway 16 and demanded the release of the chiefs. What followed was an 8 hour stand-off, where police were outnumbered and stood down as Gitxsan community members, their Wet'suwet'en neighbours, and supporters held bonfires on the main highway through Gitxsan and Wet'suwet'en territories, and blocked all traffic.

When the Chiefs were released, the spontaneous gathering dispersed with no further arrests. Upon release, Chief Spookw told the crowd: "I hope this increases the resolve of our people because it's our future, our title to this land that's at risk. For them to come and arrest me on my territory, my family's territory, my Wilp's [House Group's] territory, to come and arrest us for trespass - is wrong. It's an issue that has to be corrected. They cannot have that option."